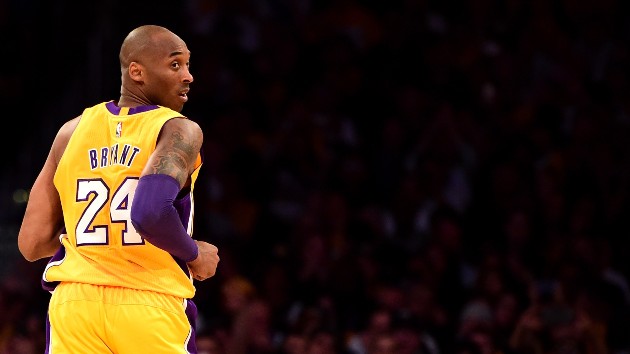 Harry How/Getty Images(LOS ANGELES) — Kobe Bryant is being remembered and mourned across the globe Monday, leaving many searching for answers after his sudden death in a helicopter crash in California.Bryant, 41, and his 13-year-old daughter Gianna were among nine people who died after the Sikorsky S-76 helicopter they were on crashed in unknown conditions just before 10 a.m. local time on Sunday in the wealthy Southern California neighborhood of Calabasas.Members of the FBI are now on the scene of the crash site and are assisting the National Transportation Safety Board (NTSB) with collecting and documenting the evidence.The Los Angeles County Medical Examiner said that because of the difficult terrain at the crash site, it could take several days to complete the recovery.The Los Angeles County Sheriff’s Department has asked the public to stay away, calling the scene a logistical nightmare.The Los Angeles Police Department said that Sunday’s weather conditions did not meet their standards for flying at the time of the crash Sunday morning, which requires an 800-foot cloud ceiling and two miles of visibility in order to take flight. The LAPD’s fleet was grounded at the time of the accident.Meanwhile, tributes have been pouring in from all over the world and Bryant’s image was splashed across newspapers as basketball fans begin to mourn the loss of the basketball legend.Close friend and retired basketball star Dwayne Wade paid an emotional tribute to Bryant on Instagram.Basketball legend and principal owner of the Charlotte Hornets Michael Jordan issued a statement saying that Bryant “was like a little brother to me.”

The victims confirmed so far are Kobe Bryant, Gianna “Gigi” Bryant, John Altobelli, Kerri Altobelli, Alyssa Altobelli, and Christina Mauser. The rest of the victims remain unconfirmed until authorities can inform their families.Bryant was drafted to the NBA out of high school in 1996 and spent his entire 20-year career with the Los Angeles Lakers, winning five NBA championships. He was awarded NBA MVP in 2008 and NBA Finals MVP in 2009 and 2010.Bryant won gold medals as a member of the U.S. men’s basketball team in the 2008 Summer Olympics in Beijing and the 2012 Summer Olympics in London.LeBron James surpassed Bryant on the all-time scoring list on Saturday during the Lakers’ game against the Philadelphia 76ers.”I’m happy just to be in any conversation with Kobe Bean Bryant — one of the all-time greatest basketball players to ever play, one of the all-time greatest Lakers,” James told reporters after the game. “The man got two jerseys hanging up in Staples Center. It’s just crazy.”In 2018, Bryant won an Academy Award for his animated short Dear Basketball, based on a poem he wrote in 2015 when he announced his retirement. Copyright © 2020, ABC Audio. All rights reserved.