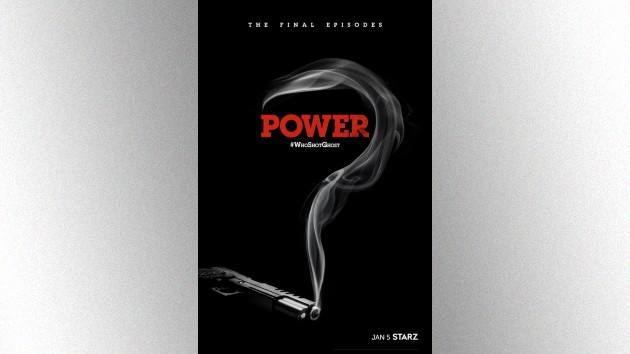 Starz(NEW YORK) — While Power fans are going bananas over the final season of the crime drama, one star is having difficulty tuning in.

“I lived it,” Hardwick said. “The mid-season finale…that, to me, was the finale.”

Some of Hardwick’s hesitation may come from the fact that he had a feeling what would happen to Ghost early on.  During season one, he emailed show creator Courtney Kemp to share what he thought the ultimate fate of his character should be.

“I said, ‘I see this guy taking a bullet at the end.’ I saw the fate of the show,” Hardwick said. “That’s five years ago. I saw him taking a bullet, but it was almost like Denzel [Washington] in Man on Fire.”

He added, “Whether it was eight seasons or whether it was 20 seasons, Ghost had to give his life to save his brother and his best friend. So I did perceive an end, not dissimilar, but it wasn’t necessarily this end.”

Hardwick credits Kemp with writing a character who viewers saw as flawed, but struggling to be better..

“We literally added mirrors to the show,” Hardwick said. “You’d see shattered mirrors, or broken mirrors, weird interesting looks of Ghost at himself within the mirror.”

“…What we find attractive about human beings is…not just the fall, but when there’s the fall, a lot of us are rooting for the person who is falling,” he continued.

“We’re almost figuratively extending our own hand, saying, ‘Hey, I can help you up.’ So Ghost was always getting up and falling. “