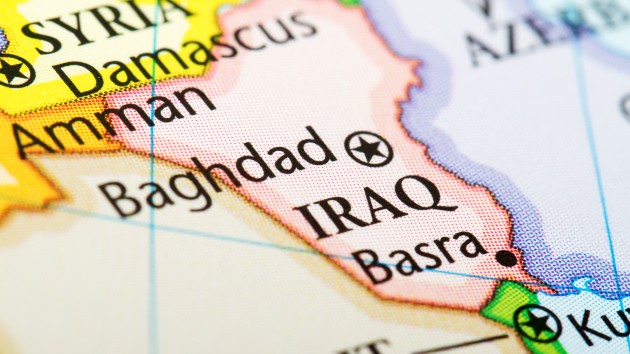 CT757fan/iStock(BAGHDAD) — The U.S. Embassy compound in Baghdad was hit by multiple rockets on Sunday, two U.S. officials told ABC News.This is the first time the compound has been hit directly in years and comes just weeks after pro-Iranian militia members and their supporters assaulted the compound in Iraq.Rocket attacks on the Green Zone are very common. Last week three rockets were fired into Baghdad’s Green Zone, the heavily fortified area of the capital that houses the embassy, government buildings and U.S. service members. Iraqi officials said Monday that there were no injuries.Both U.S. officials told ABC News that the dining hall was hit directly in Sunday’s attack. One of the officials said there were a total of five rockets fired and that three hit the embassy compound.There were no reported fatalities. There were no immediate claims of responsibility.A U.S. military spokesperson said everyone at their facilities were OK and referred additional questions to the State Department, which has not responded to requests for comment. Copyright © 2020, ABC Audio. All rights reserved.