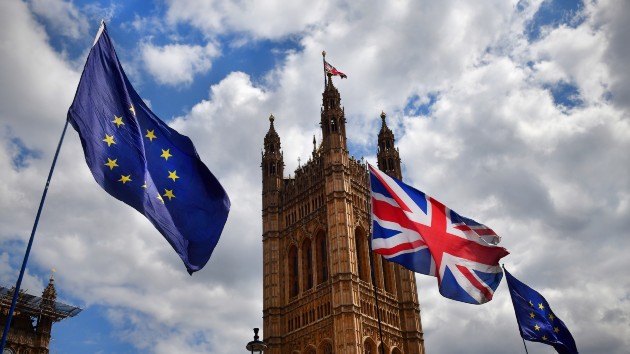 oversnap/iStock(LONDON) — Ever a divisive topic among grammar enthusiasts, the Oxford comma has been at the center of an enduring argument over punctuation.And most recently, the debate has been sparked by the punctuation mark’s absence on the 50p coin that has been newly minted to mark the date of Britain leaving the European Union on Jan. 31.The renowned writer Sir Philip Pullman, known for the popular His Dark Materials trilogy which was also recently adapted for television by BBC and HBO, was clearly vexed by the coin’s wording: “Peace, prosperity and friendship with all nations.”“The ‘Brexit’ 50p coin is missing an Oxford comma, and should be boycotted by all literate people,” he tweeted.According to Merriam Webster, a Harvard comma, or an Oxford comma, as it’s known in the U.K., is a comma used to separate the second-to-last item in a list from a final item introduced by the conjunction ‘and’ or ‘or’.In 2011 when there was speculation that Oxford University was dropping the comma from its eponymous style guide, similar outrage ensued.“Are you people insane? The Oxford comma is what separates us from the animals,” tweeted one grammar enthusiast.Pullman’s tweet set off another Twitter debate with hundreds of people weighing in to give their verdict.Many pointed out that the Oxford comma is often used as a stylistic option.But others maintained the punctuation can be vital, particularly to avoid ambiguity in the meaning of the phrase.Meanwhile Susie Dent, a lexiconographer and etymologist added that while the Oxford comma was optional, she found it was often helpful.The Brexit coin will come into circulation in the U.K. on and after Jan. 31, 2020, when it formally leaves the EU. Copyright © 2020, ABC Audio. All rights reserved.