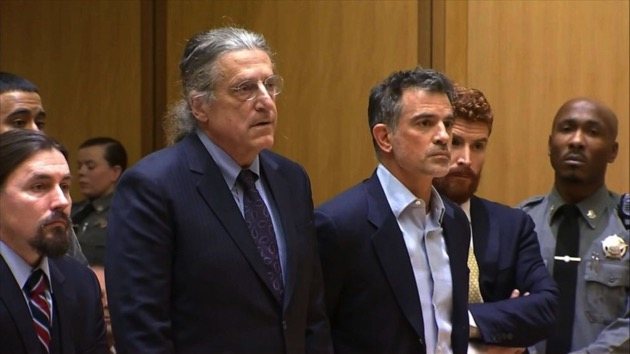 ABC News(FARMINGTON, Conn.) — Fotis Dulos, the father of five accused of killing his estranged wife, Jennifer Dulos, attempted suicide in his Farmington, Conn., home on Tuesday, according to his attorney.He was taken by ambulance to the hospital “with a pulse,” defense attorney Norm Pattis told ABC News.Fotis Dulos’ condition was not immediately clear.Aerial images showed emergency personnel tending to someone on the ground on the same day Fotis Dulos’ bond was likely to be revoked.Jennifer Dulos went missing May 24, 2019, amid the former couple’s contentious custody battle.Her body has never been found.Fotis Dulos was arrested on murder charges this month.Police alleged in court papers that Fotis Dulos was “lying in wait” for his estranged wife at her New Canaan home and that a violent assault took place in the garage.The Dulos’ five children are in custody of Jennifer Dulos’ mother.This is a developing story. Please check back for updates.Copyright © 2020, ABC Audio. All rights reserved.