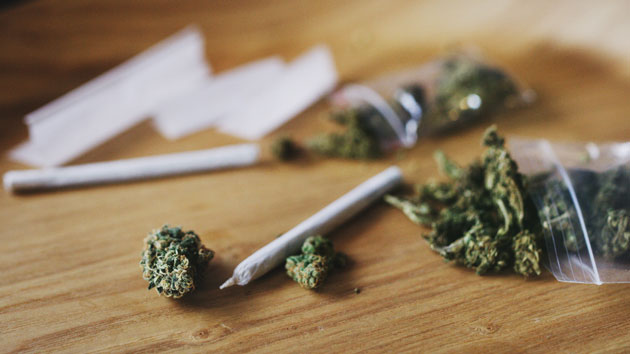 gradyreese/iStock(LEBANON, Tenn.) — A 20-year-old man caused a stir in a Tennessee courthouse when he advocated for the legalization of marijuana and then proceeded to spark a joint in front of the judge.Spencer Alan Boston was appearing before Judge Haywood Barry on Monday at the Wilson County Courthouse in Lebanon, on a simple possession-of-marijuana citation, when he began to tell Barry that marijuana should be legalized, according to Lt. Scott Moore, a spokesman for the Wilson County Sheriff’ Office.Courtroom video captured what came next: Boston is seen seen reaching into his jacket pocket, pulling out what appears to be a joint and lighting it up, taking multiple puffs.Security quickly intervened and took Boston into custody.Moore told ABC News in a telephone interview that Boston said something to the effect of “the people deserve better” before he was taken away.”I’ve been here 20 years,” Moore added, “and this is the first time I’ve ever seen that.”Boston faces two new charges: disorderly conduct and simple possession of marijuana. He’s being held on $3,000 bond, online jail records show. He’ll also have to serve 10 days in Wilson County Jail because Barry held him in contempt of the court, according to Moore.A spokesperson at Barry’s office said the judge had no comment on the incident.The joint smoked in court was collected as evidence.Copyright © 2020, ABC Audio. All rights reserved.