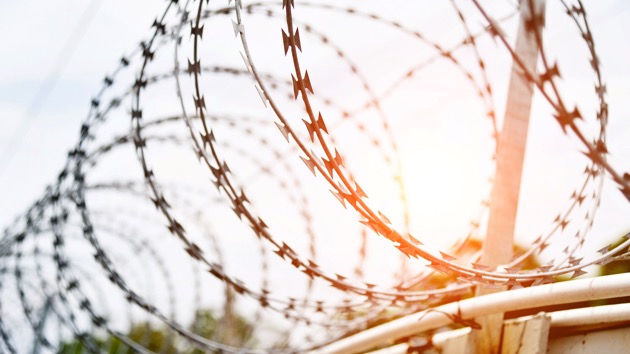 baona/iStock(SUNFLOWER COUNTY, Miss.) — In his first state-of-the-state address, the new governor of Mississippi announced he has ordered the closing of the state’s most notorious prison unit, where a deadly riot broke out this month and thrust a corrections system crisis into the national spotlight.Gov. Tate Reeves has made the prison system his major focus since taking office Jan. 14 amid a string of inmate killings, suicides, escapes and cellblock blazes that prompted hip hop artist Yo Gotti and music mogul Jay-Z to back a federal lawsuit on behalf of 29 inmates claiming their “lives are in peril” due to inhumane conditions and bare-bones staffing.Reeves said he’s instructed the Mississippi Department of Corrections to close Unit 29 at Parchman prison, where an inmate was killed and several others injured when a riot broke out Jan. 2 and prompted a temporary statewide prison lockdown.”There are many logistical questions that will need to be answered. We’re working through that right now. But I have seen enough,” Reeves said during his state-of-the-state address Monday on the steps of the capitol building in Jackson. “We have to turn the page. This is the first step, and I have asked the department to begin the preparations to make it happen safely, justly and quickly.”Reeves said he made the decision after visiting Unit 29 last week with his newly selected interim commissioner of the Department of Corrections, Tommy Taylor.During a news conference last week, Reeves said he saw “some pretty rough conditions” in Unit 29 — inmates had “torn the place apart.” Dangerous prisoners “are being housed together without any structure to prevent violent collision,” he added.In his speech Tuesday, Reeves said the “problems are infuriating.””All Mississippians must be able to trust that the people in charge of the system are acting with competence to keep them safe,” Reeves said. “We must be able to trust that the corrections officers operating these prisons have the tools that they need to do their jobs and that they are being compensated fairly. We must be able to trust that the system shows a baseline level of respect to those who find themselves within it.”At least 12 prisoners have died in Mississippi prisons since Dec. 29, including nine at Parchman.Two of those deaths were over the weekend. On Sunday morning, a 26-year-old at Parchman was pronounced dead after being found hanging in his cell. On Saturday night, a 38-year-old inmate was found dead night at the Marshall County Correctional Facility in Holly Springs.In addition to the dozen deaths, two inmates recently escaped, prompting a massive manhunt. Both were recaptured, and investigators said they may have received outside help.Brandon Jones, policy director for the Southern Poverty Law Center, said he hopes the governor’s decision to close Unit 29 at Parchman improves safety at the facility.”For years we have known Parchman prison was a ticking time bomb. Time has run out,” Jones said in a statement to ABC News. “With more deaths this weekend, closing Parchman’s Unit 29 is the first step in a number of actions the state needs to take to make our prisons safe and livable.”Earlier this month, 11 prisoner advocacy groups — the American Civil Liberty Union of Mississippi, the Southern Poverty Law Center and the Mississippi State Conference of the NAACP among them — sent a 23-page letter to the Department of Justice asking the federal government to investigate the state’s prison system.”The Mississippi prison system is in a state of acute and undeniable crisis … and [has] a history of preventable deaths and injuries stretching back years,” said the letter posted on the Southern Poverty Law Center’s website.Last week, Reeves announced a series of “common sense” changes he’s already begun implementing, including a crackdown on contraband cellphones in prison, which, he said, have been used to coordinate violence throughout the prison system. He’s also seeking a process to weed out guards who are corrupt or have gang affiliations.Reeves said his administration is also considering reopening the state’s Walnut Grove prison in Leake County, a privately run facility shut down due to corruption in 2016.Copyright © 2020, ABC Audio. All rights reserved.