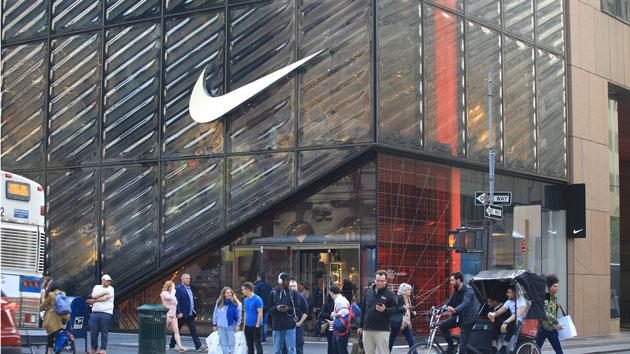 LewisTsePuiLung/iStock(NEW YORK) — Nike’s website has completely sold out of Kobe Bryant merchandise in just two days after the NBA legend’s unexpected death on Sunday.Searches on the website for “Kobe” or “Kobe sneakers” on Tuesday automatically redirect to a tribute page mourning the death of the athlete and his 13-year-old daughter, who perished along with seven others in a helicopter crash.”Along with millions of athletes and fans throughout the world, we are devastated by today’s tragic news. We extend our deepest sympathies to those closest to Kobe and Gianna, especially their family and friends,” the Nike statement says. “As we are learning more details of the accident and the others who have tragically lost their lives, our heartfelt sympathies go out to everyone involved and impacted.””Kobe was one of the greatest athletes of his generation and has had an immeasurable impact on the world of sport and the community of basketball,” it added. “He was a beloved member of the Nike family. We will miss him greatly. Mamba forever.”A company spokesperson confirmed to ESPN that it has sold out of all Kobe-related items online, and that it is reevaluating its strategy going forward for releasing Bryant’s beloved sneakers series.There may still be some Kobe merchandise available at retail store locations, the spokesperson added. Nike did not immediately respond to ABC News’ request for comment on Tuesday.Kobe’s famous signature series sneakers have been worn by more than 100 NBA players this season, ESPN reported.In the wake of his death and the high demand for Bryant merchandise, some resale companies have announced steps to honor his legacy rather than cash in on the tragedy.Sneaker resale platform StockX announced in a statement on its website that it “will donate all proceeds from sales of Kobe Bryant-related products (sneakers, trading cards, and merch) for the week following his tragic passing to the Kobe and Vanessa Bryant Family Foundation.””In the wake of Kobe’s passing, there was a surge in interest in products related to the basketball legend, including some of his most noted sneaker collaborations. The increased interest is a testament to his impact both on and off the court,” the company said.”By making this donation to Kobe and Vanessa Bryant Family Foundation, we hope to honor Kobe’s memory and keep his light alive,” it added.In an Instagram post mourning the death of Bryant, Jaysse Lopez, the founder of sneaker reseller Urban Necessities, noted that he “instructed staff we are not upping the price of any Kobe products at all.””Not how I built my brand or how I need to make a dollar,” he added. Copyright © 2020, ABC Audio. All rights reserved.