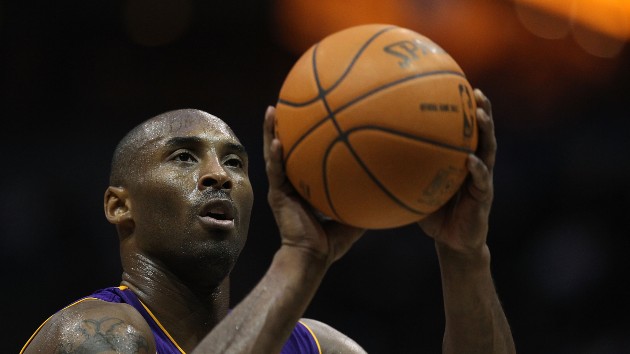 Jonathan Daniel/Getty Images(NEW YORK) — More than 1.5 million people have signed an online petition seeking to have the late Kobe Bryant be the new logo for the National Basketball Association.”With the untimely and unexpected passing of the great Kobe Bryant please sign this petition in an attempt to immortalize him forever as the new NBA Logo,” the petition states on Change.org.ABC News has reached out to the NBA for comment.The 41-year-old retired NBA star and his 13-year-old daughter, Gianna “Gigi” Bryant, were among those instantly killed when their helicopter crashed into a hillside in Southern California on Sunday morning. They were en route to a youth basketball tournament at his training facility Mamba Sports Academy in Thousand Oaks, California. Bryant is survived by his wife, Vanessa Laine Bryant, and their three daughters.A total of nine people were on board the 1991 Sikorsky S-76 at the time, and no one survived the crash, authorities said. The National Transportation Safety Board, along with help from the FBI, is investigating the incident.Bryant, a five-time NBA champion and two-time Olympic gold medalist, enjoyed a storied 20-year career with the Los Angeles Lakers before retiring from professional basketball in 2016.NBA Commissioner Adam Silver described Bryant as “one of the most extraordinary players in the history of our game with accomplishments that are legendary.”“For 20 seasons, Kobe showed us what is possible when remarkable talent blends with an absolute devotion to winning,” Silver said in a statement Sunday. “But he will be remembered most for inspiring people around the world to pick up a basketball and compete to the very best of their ability. He was generous with the wisdom he acquired and saw it as his mission to share it with future generations of players, taking special delight in passing down his love of the game to Gianna.”After retiring from the NBA, Bryant began coaching his daughter Gianna’s middle school basketball team, becoming an outspoken supporter for girls and women in basketball.Women’s National Basketball Association Commissioner Cathy Engelbert described the deaths of Bryant and his daughter as “sudden and tragic.”“Kobe’s support for the WNBA and women’s basketball along with his passion for helping young girls and boys follow their dreams made him a true legend for our sport,” Engelbert said in a statement Sunday. “We admired him not just as a legendary basketball player, but as a father, a youth coach, and a role model for future generations of athletes.”However, Bryant’s career on and off the court was not without criticism due to his past. He was accused of sexual assault by a hotel employee in Colorado in 2003.Bryant always denied that the encounter was nonconsensual, and the case was ultimately dismissed after the victim said she didn’t want to testify. The two parties settled a civil suit, and Bryant publicly apologized to his accuser at that time.Copyright © 2020, ABC Audio. All rights reserved.