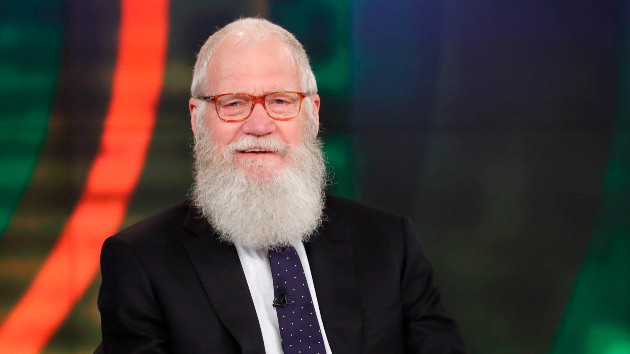 Walt Disney Television/Lou Rocco(LOS ANGELES) — In ‘celebration’ of the 25th anniversary of one of the biggest flops in hosting history, David Letterman is revisiting that date that has lived in entertainment infamy: March 27, 1995 — the night he hosted the 67th Academy Awards.

The night had Dave starting things off with a monologue gag: “introducing” Oprah Winfrey and Uma Thurman& as a play on their unusual names, and then adding Keanu Reeves to the bit. The gag landed with a thud — but Dave shouted “OPRAH/UMA!” six more times before the monologue was over, and more as the night wore on.

The night has been described as “The Gold Standard of Oscar bombing.”

To The Hollywood Reporter‘s Scott Feinman, Letterman had his own critique, calling his show an, “explosion of excrement.”

Letterman took the reporter through the disastrous joke, noting he had his monologue down cold before “at the last minute” his then-Late Show head writer, Rob Burnett, came up with the intro bit.

Letterman insists, “And by the way, this is a solid idea,” Letterman insisted. “…I said, ‘This is great…this will…loosen everybody up!” Because unusual names — we have three!"”

Dave admits the director wasn’t prepared to show the three celebs in their seats, which made for a comedy quagmire. He also admitted he’d forgotten he kept repeating the joke in an attempt to try and save himself.

Letterman says he knew “right away” that the bit had bombed. “Oh, yeah!” he commented. “‘I think someone’s perspiring in this suit — oh, it’s me!"”

Acerbic as ever, the My Next Guest Needs No Introduction host thanked Feinman for, “helping me to celebrate…the single biggest professional embarrassment of my life.”

The 72nd annual Academy Awards airs — without a host — on February 9 on ABC.

‘The Watchful Eye’ will make you suspect everyone, says cast