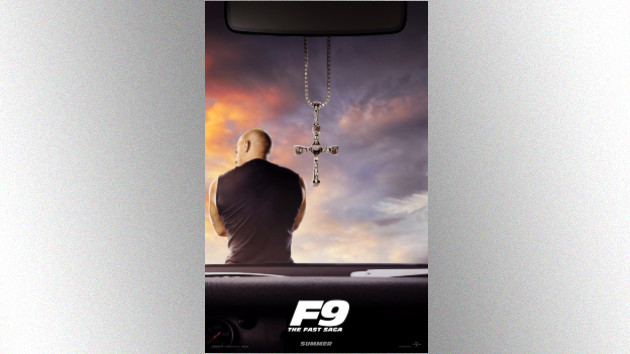 Universal(LOS ANGELES) — It’s back to the streets for Dominic Toretto and company.

On Tuesday, Vin Diesel teased Fast & Furious 9 and posted a 54-second trailer to Facebook. In the clip, Diesel’s character Dom and Michelle Rodriguez’s character, Letty, appear to have settled into normal life with son Brian but in typical Fast & Furious fashion, the peace and harmony doesn’t last for long.

As the couple puts Brian to bed, Letty starts to prepare for the worst and places the infamous cross necklace around Brian’s neck.

“It’s for protection, from what’s coming,” she says.

The ninth installment of the Fast & Furious franchise will bring back Jordana Brewster, Chris “Ludacris” Bridges, Nathalie Emmanuel, Helen Mirren, and Charlize Theron, and will introduce new characters played by John Cena and Cardi B.

The full trailer for Fast & Furious 9 will be released on Friday.  The film is scheduled to hit theaters in May.