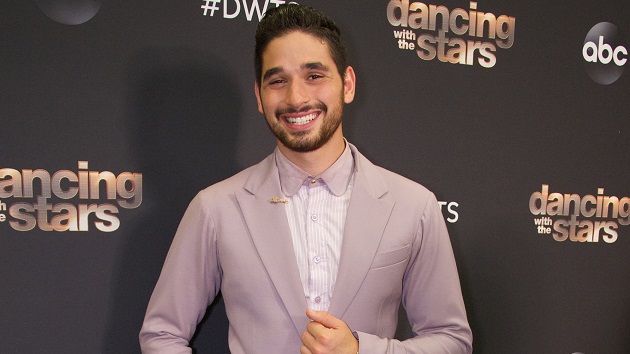 ABC/Eric McCandless(LOS ANGELES) — Mirrorball Trophy winner and Dancing with the Stars pro dancer Alan Bersten says he’s swearing off romance when it comes to the hit dancing competition.  The 25-year-old has garnered somewhat of a reputation of romancing his dance partners.

The stereotype came after Bersten and model Alexis Ren, who were paired up in 2018, turned their professional relationship into a romantic one during season 27, but broke up a few months after the finale.

Then, in 2019, the dating rumors sparked again, this time with new dance partner and Bachelorette alum Hannah Brown.  The two denied the rumors and vehemently asserted that they were “just friends.”

Now, speaking to Us Weekly, the pro dancer says he doesn’t want a repeat of the past two years.  “I learned after a few seasons to not mix business with pleasure,” jokes Bersten.

What really opened his eyes was the incessant rumors that plagued his and Brown’s trek to the top.  “We knew people would talk and assume, especially because she was the Bachelorette, and I’m still single.  So we expected it,” Bersten explained to the publication.  “But, we didn’t really let that get into our heads.”

It is unknown who Bersten will be paired up with next when Dancing with the Stars likely returns to ABC for its 29th season later this year.