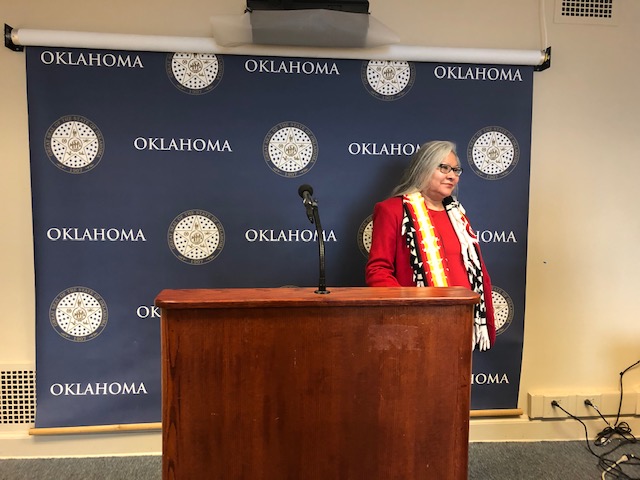 (Oklahoma City, OK) A bipartisan group of House lawmakers filed legislation for the second half of the 57th Legislature to address Oklahoma’s missing and murdered indigenous people.

House Bill 3893, authored by Bell, would allow for the creation of an electronic repository of student photographs to ensure there is a current photo of the child for law enforcement to use in helping locate them when they are identified as missing.

House Bill 3345, or Ida’s Law, authored by Rep. Mickey Dollens (D-OKC),  outlines the creation of the Office of Liaison under the Oklahoma State Bureau of Investigation for Missing and Murdered Indigenous Persons. The Office of Liaison will consist of a missing person specialist with significant experience working alongside tribal communities.

Attorney Brenda Golden spoke with CTB News about how indigenous people in Oklahoma are more susceptible to human trafficking as a result of being near I-40.

“The population of indigenous peoples are susceptible because we have high risk factors, sociologically and economically for human trafficking and sex traffic in particular.” Golden stated.

Being at the intersection of I-40 and I-35, Oklahoma City presents two major roadways for traffickers to quickly move victims.