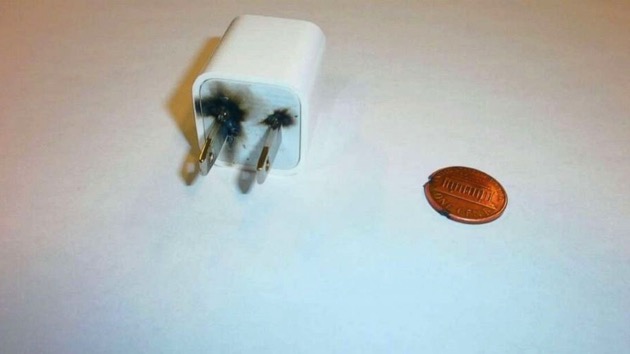 Hanson Police Department(WHITMAN, Mass.) — Two teenage boys are facing charges after they allegedly copied a video trend on the popular app TikTok and damaged outlets at their Hanson, Massachusetts, school, police said.The 15-year-old and 16-year-old have been charged with attempting to burn a public building and malicious destruction of property in connection with the incident at Whitman-Hanson Regional High School last week, according to a statement from the police on MondayThe teens, whose names were not released, will be issued summonses to appear in juvenile court, police said. They’ll also “be subject to the school district’s student code of conduct policies,” police said.Officials at the high school found eight electrical outlets were damaged last week as a result of the TikTok trend, police said.No injuries were reported but the damaged outlets had to be replaced and the incident caused power outages to some SMART boards and classroom lights, school district Superintendent Jeffrey Szymaniak said in the statement released by police Monday.The two teens were identified to be behind some, if not all, of the damage, said police, who were called in to investigate on Jan. 23.The viral trend involves putting part of a phone charger into an outlet, and then sliding a penny down the wall onto the charger’s exposed prongs, police said. This scorches the outlet and can damage the electrical system, and can also cause a fire, police said.Similar incidents were reported across Massachusetts last week, police said.”This is not just a harmless prank that kids are doing,” Hanson Police Chief Michael Miksch said in Monday’s statement. “Causing an outlet to short circuit this way can cause serious injury and could potentially start a fire. Not to mention the damage it can do to a building’s electrical system, along with hundreds or thousands of dollars worth of damage.””We are taking this issue seriously and anyone identified doing this will be charged criminally,” Miksch said.Superintendent of Schools Jeffrey Szymaniak and Whitman-Hanson Regional High School Principal Christopher Jones did not immediately respond to ABC News’ request for comment.Copyright © 2020, ABC Audio. All rights reserved.