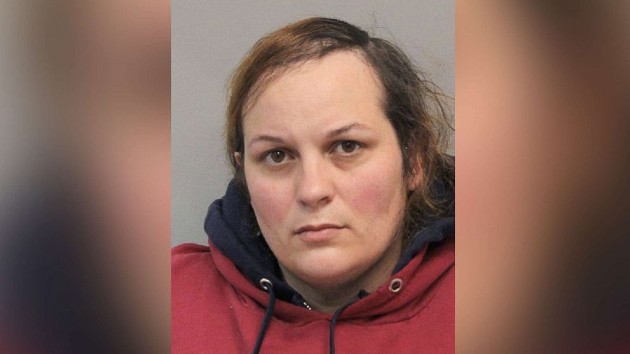 Harris County Sheriff’s Dept.(HOUSTON) — Magen Fieramusca, the close friend of slain Texas mom Heidi Broussard, has been indicted on a charge of capital murder in Broussard’s death.Fieramusca was initially charged with kidnapping her long-time friend after Broussard’s decomposing body was discovered in the trunk of Fieramusca’s Nissan Versa near Houston on Dec. 19, according to officials.Broussard, 33, and her infant daughter, Margot, had been missing from their Austin home for a week when authorities made the discovery. Margot was found alive and was reunited with her father, Shane Carey, on Christmas Eve.Fieramusca had allegedly been telling people that she was expecting a child, an official told ABC News. Fieramusca’s ex-boyfriend, Christopher Green, told investigators that “he never saw Magen Fieramusca’s bare stomach during the pregnancy,” but he believed she was pregnant with his child, according to court documents. The two still lived together, although they were broken up, the documents said.Fieramusca told investigators she brought her baby home on Dec. 12 — but shortly thereafter, when investigators in Houston showed Green a flyer of missing baby Margot, Green replied, “that’s the baby at my house,” according to Fieramusca’s arrest affidavit.A grand jury on Tuesday returned a capital murder indictment against Fieramusca alleging that she, on or around Dec. 12, did “intentionally cause the death of Heidi Broussard by ligature strangulation, and by asphyxiating Heidi Broussard with a leash.”A second indictment alleged that Fieramusca did “intentionally and knowingly abduct M. Carey, a minor child.”Attorney Brian Erskine, representing Fieramusca, said in a statement after the indictments were handed up that Fieramusca’s defense team has yet to receive any evidence from the government.”Exculpatory and mitigating evidence has a shelf-life, and too many individuals in our criminal justice system have been delayed or denied this information,” the statement said. “We cannot act to fairly and vigorously represent our Client when we start defending her with our hands tied and eyes blindfolded.”Carey, Broussard’s fiance, told ABC News’ Good Morning America earlier this month that he was in disbelief after Fieramusca was arrested for kidnapping.”I want to look at her straight in the eyes and ask her why?” he said of Fieramusca. “That’s all I want to say. There’s no reason for any of this. I believe somebody talked her into it. I mean, from knowing Magen, I would never imagine it.”Fieramusca is expected in court on Feb. 3. Copyright © 2020, ABC Audio. All rights reserved.