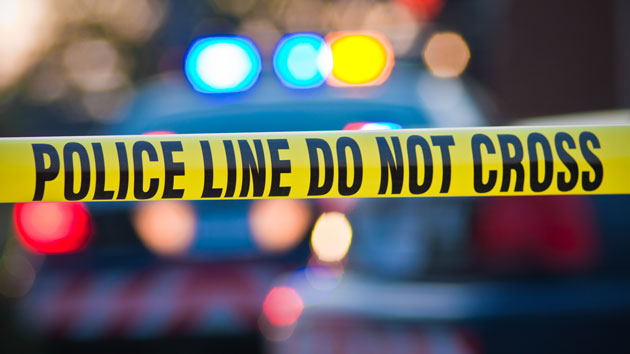 cariballou/iStock(LOS ANGELES) — A chilling home security video has surfaced that captures the sound of the helicopter crash that killed retired Los Angeles Lakers star Kobe Bryant, his 13-year-old daughter and seven others en route to a basketball game.The footage was taken by a Google Nest camera on a home near the crash site in Calabasas, California, and contains audio of the 1991 Sikorsky S-76B aircraft as it made a rapid descent and crashed into a mountainside in dense fog Sunday morning.Audio from the video obtained by ABC News includes what is believed to be the aircraft hitting the mountain, followed by an eerie silence.The video came from the home of Ronna Leavitt, who told ABC station KABC-TV in Los Angeles that the camera was near her front door.Leavitt said she turned the video over to National Transportation Safety Board investigators, who are analyzing the footage as part of their probe to determine what caused the crash, which sent shockwaves across the globe.Leavitt said the helicopter, owned by Island Express and leased by Bryant, passed over her housing complex in Los Angeles County and appeared to make a U-turn before it crashed at high speed into the mountainside.Bryant and his daughter, Gianna “Gigi” Bryant, were headed to a youth basketball game at his Mamba Sports Academy in Thousand Oaks, along with others connected to the basketball program. All of the passengers are believed to have died instantly when the helicopter crashed northwest of downtown Los Angeles.NTSB member Jennifer Homendy, who’s leading the investigation, said the helicopter was not equipped with a Terrain Awareness Warning System, or TAWS, which could have alerted the pilot, Ara Zobayan, he was flying too close to the mountain.Homendy said a 2004 crash of a Sikorsky S-76 in Galveston, Texas, that killed 10 people, prompted the NTSB to recommend to the Federal Aviation Administration that “all existing and new U.S. registered turbine-powered roto-craft certified for six or more passenger seats be equipped with a Terrain Awareness Warning System.””They did not implement the recommendation,” Homendy said at a news conference on Tuesday. “Certainly, TAWS could have helped to provide information to the pilot on what terrain the pilot was flying in.”But she added it remains uncertain whether the warning system would have prevented the crash.Current FAA regulations mandate a TAWS installation only in helicopters that conduct “air ambulance operations,” an agency spokesman told ABC News.The helicopter containing the Bryants took off from John Wayne Airport near their home in Orange County before heading toward Thousand Oaks.During the flight, the pilot radioed the air traffic tower at Burbank Airport to request permission to fly under special visual flight rules, Homendy said. The helicopter circled over Glendale for several minutes waiting for instructions from the Burbank tower before permission to fly visually was granted.”It’s very common. This is not out of the ordinary,” Homendy said of the pilot’s request.In the last moments of the flight, the helicopter climbed to 2,300 feet in an attempt to fly out of a cloud layer then suddenly made a rapid descent, she said.”The descent rate for the helicopter was over 2,000 feet a minute,” Homendy said. “So we know that this was a high-energy impact crash. And the helicopter was in a descending left bank.”Homendy said there was no evidence the helicopter broke apart before hitting the mountainside.She said all the “significant components” of the aircraft were located at the crash site.”Preliminary information is that the helicopter was in one piece when it impacted the terrain,” Homendy said.She said the helicopter hit the mountain at about 1,085 feet. The aircraft missed clearing the mountain by 20 to 30 feet, but other, taller mountains nearby could have presented a similar challenge.The helicopter was not equipped with a “black box” showing pertinent data from the aircraft at the time of the crash. However, investigators recovered an iPad that’s being analyzed at the NTSB laboratory in Washington to determine if it contains flight data.She said the most difficult part of the investigation will be evaluating the pilot’s judgment about flying in foggy conditions.”We can’t make any assumptions about what somebody is thinking,” Homendy said. “So our investigation is strictly focused on the facts, and then those facts will lead us to an analysis.”Weather conditions on Sunday morning caused the Los Angeles Police Department and the Los Angeles Sheriff’s Department to ground its fleet of choppers, but Homendy said comparing that decision to the decision made by Bryant’s pilot is “an apples to oranges comparison.””We have to look at this specific crash and this specific helicopter,” Homendy said.The remains of all of the victims have been recovered from the crash site, officials said on Tuesday.The L.A. coroner officially identified four of those killed in the crash, including Bryant and Zobayan, and passengers John Altobelli, a local college baseball coach, and Sarah Chester.ABC News has independently confirmed that other victims were Bryant’s daughter, Chester’s daughter, Payton, Altobelli’s wife, Kerri, and their daughter, Alyssa. Christina Mauser, an assistant girls basketball coach for a private school in Orange County, also was killed.The L.A. Lakers were expected to resume practice on Wednesday. The team’s scheduled game on Tuesday night was postponed.Copyright © 2020, ABC Audio. All rights reserved.