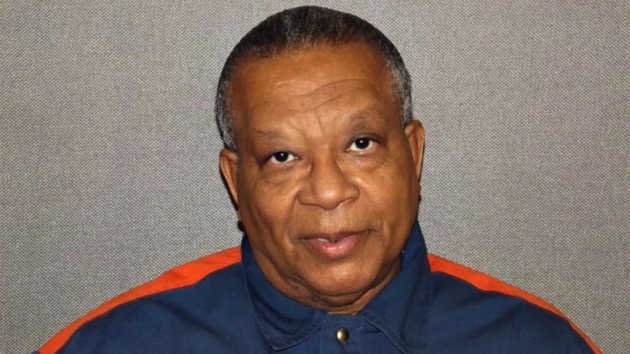 Courtesy Michigan Department of Corrections (MUSKEGON, Mich.) — A Michigan man serving a 60-year prison sentence for selling marijuana to an informant is taking a second chance to ask for clemency from the governor.Michael Thompson, 68, has been in prison since 1996 after a jury convicted him of three counts of selling marijuana and two counts of illegal possession of a firearm as a felony offender.Thompson, then 45, was arrested during the drug sale where no weapons were recovered on him or in his vehicle. The guns were recovered from his home after a search warrant was executed on Dec. 19, 1994.Because of Thompson’s past convictions, the trial judge rendered the maximum sentence for each drug charge to run concurrently.Thompson’s sentence is 40 to 60 years. His earliest release date from Muskegon Correctional Facility is April 29, 2038, according to online records.”He has never committed a violent act,” according to the “Free Michael Thompson” online petition. “Michael was labeled violent because police found guns at his house, even though in Michigan people can legally and openly carry guns. One was an antique and another was his wife’s gun.”During Thompson’s last parole board hearing in 2018, he was denied release and his first request to have his sentence commuted by then Gov. Rick Synder was also rejected. That same year Michigan voted to legalize recreational use of marijuana — an offense Thompson spent 23 years in prison for.The petition launched in 2019, with the goal of getting 20,000 signatures and a letter on Gov. Gretchen Whitmer’s desk requesting clemency.Thompson’s attorney, Kimberly Corral, who learned about his case last year, is expected to deliver the letter to the governor on Wednesday, along with a packet of letters from dozens of supporters.Thompson’s case has caught the attention of social activist Shaun King who has posted several tweets to get the public to sign the petition.Supporters of Thompson also tagged celebrity-turned-activist Kim Kardashian West — who used her platform to assist with getting presidential clemency for Alice Johnson in 2018 — to shine light on the case. Johnson was given a mandatory life sentence for participating in an Alabama drug ring — it was her first offense. Copyright © 2020, ABC Audio. All rights reserved.