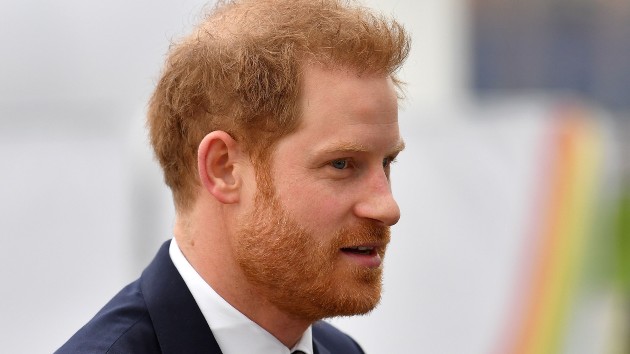 BEN STANSALL/AFP via Getty Images(LONDON) — Prince Harry and Meghan, the Duke and Duchess of Sussex, are embarking on a new life after their split from the royal family, one that does not include public money, official royal duties or the use of their royal highness titles.In his only public comments about the split, Harry, 35, described it as a “step forward into what I hope can be a more peaceful life.”Whether the Sussexes’ new life can in fact be “more peaceful” and what their new life may entail are examined in a new ABC News special Royal Divide: Harry, Meghan, and the Crown, airing Wednesday, Jan. 29, at 10 p.m. ET on ABC.”I spoke to Harry a few days ago,” professional polo player Nacho Figueras, a longtime friend of Prince Harry’s, says in the special. “He has suffered a lot from all of the things that have happened to him. He suffers a lot from people judging him.””He’s being a father … a guy who is trying to protect his cub and his lioness from whatever it takes,” he said of Harry. “He has become an incredible man, a man that his mother would be proud of.”Harry’s mom, the late Princess Diana, left the royal family in the early 90s, after her divorce from Harry’s father, Prince Charles.The Sussexes have chosen to no longer be “working members” of Britain’s royal family beginning this spring after high-stakes negotiations with Harry’s family and palace officials.The couple has indicated their distaste for some parts of the British press and the media spotlight in general, but experts say they are unlikely to get any reprieve from the spotlight as intrigue into their new lives will only grow.”The idea that by somehow stepping back from the royal family they’re going to somehow regain control of their privacy is tragically a fool’s errand,” said Larry Hackett, managing partner of 10Ten Media and former People magazine editor. “That’s just not going to happen. In fact it’s going to get worse.””Every single moment in their lives, whether it’s the first major commercial deal that Meghan and Harry have just struck, or their next child, every single moment will be tracked,” added ABC News foreign correspondent James Longman. “This is high stakes.”Harry and Meghan and their 8-month-old son Archie are currently in Canada, where they are staying in a rented home on Vancouver Island.The couple’s legal team has already issued a legal notice to U.K. media and photo agencies concerning the use of paparazzi agency photos, a source close to the Sussexes confirmed to ABC News.”I think that actually Harry and Meghan are going to get into more difficulties with paparazzi,” said Anna Pasternak, a British author. “There’ll be less of an organized structure around them every time they go to an event.””We saw it with Harry’s mother,” she said.Harry invoked the memory of Diana, who died in a 1997 Paris car crash that involved paparazzi, in comments he made just a few months before he and Meghan announced they planned to “step back” as senior members of the royal family.”So everything that she went through and what happened to her is incredibly raw every single day and that’s not me being paranoid that’s just me not wanting a repeat of the past,” he said in the documentary Harry & Meghan: An African Journey. “And if anybody else knew what I knew, be it a father, be it a husband, be it anyone, you’d probably be doing exactly what I’m doing as well.”Figueras said Harry is in search of a “normal life” with his wife and son, but acknowledged the difficulties that will likely face his friend, the sixth in line to the British throne.”He wants to live a normal life, as normal as his life is going to be, right?,” said Figueras. “Because when you have 1,000 paparazzis outside your house in Canada waiting to get one picture of your son, that’s not very, very normal.”Much of the blame for Harry and Meghan’s decision to seek a more “normal life” outside the royal family has also fallen on Meghan, a Los Angeles native who left her acting career and her life in the U.S. and Canada to marry Harry nearly two years ago.Royal insiders gave a glimpse into the life that awaited Meghan after her glamorous and star-studded wedding to Harry at St. George’s Chapel.”It’s not all palaces and fast cars and lots of money. It’s the gilded cage,” said Alastair Bruce, ABC News royal consultant. “In the end, it’s not about you. It’s about anything you can do to support the queen who’s the head of state.”Julie Montagu understands some of what Meghan was up against. Montagu left her American roots nearly 20 years ago to marry into the British aristocracy.Her husband, Luke, is in line to become the next Earl of Sandwich.”I’ve got to be honest. You don’t know until you’re in it,” Montagu said in response to the argument that Meghan knew what she was getting into when she wed Harry. “I can attest to that.””As an American, we have been brought up from day one, you are told you can do anything you want to do. You can be anything you want to be,” Montagu said. “All of a sudden, [Meghan] has moved over here. She can’t be anything she wants to be anymore. She can’t do anything she wants to do anymore.””And I think it can be suffocating for somebody who is an American and their whole life was spent working towards becoming this TV actress, having passions in her life, and all of a sudden going into a much more claustrophobic world where this is what’s going to happen now,” she said. “You can’t be political. You can’t be emotional. And you can’t have opinions.” Copyright © 2020, ABC Audio. All rights reserved.