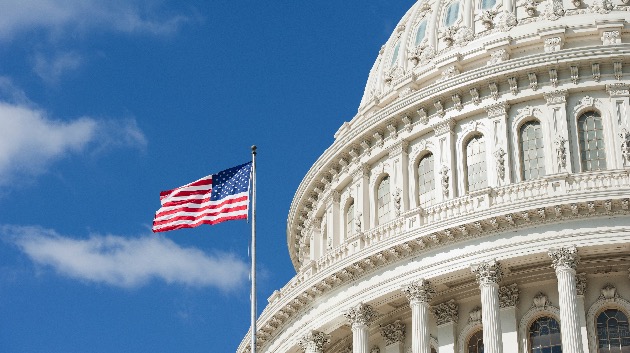 ajansen/iStock(WASHINGTON) — Rep. Doug Collins, the ranking member of the House Judiciary Committee, announced Wednesday that he’s running in the Senate special election in Georgia, prompting a swift rebuke from Senate Republicans’ campaign arm and setting the stage for a divide within the GOP.”We are in for the Georgia Senate race down here,” Collins said in an interview on Fox News. “I’ve still got a lot of work to do to help this president and finish this impeachment out. We’re going to make a bigger announcement down here in Georgia.”In December, Gov. Brian Kemp, a Republican, appointed financial executive and big Republican donor Kelly Loeffler to serve as senator until a special election is held to determine who finishes out retired Sen. Johnny Isakson’s term, whose former seat is up for reelection in 2022. More than 500 Georgians applied to be considered for Isakson’s seat, including Collins.Despite President Donald Trump himself calling Kemp multiple times, according to sources familiar with the effort, to push him to choose Collins — one of his staunchest supporters throughout the impeachment process — for the seat, the governor ultimately chose Loeffler.When asked on Fox News if he expects the president’s endorsement, Collins only said, “Well, I think that’s up to the president… I appreciate all his help and support in the past. We look forward to working for him and being back in Washington today to do just that.”In a statement sent shortly after Collins announced, the National Republican Senatorial Committee blasted the congressman’s decision to jump into the race, and affirmed its support for Loeffler, urging others to follow suit.”The shortsightedness in this decision is stunning. Doug Collins’ selfishness will hurt (Georgia Sen.) David Perdue, Kelly Loeffler, and President Trump. Not to mention the people of Georgia who stand to bear the burden of it for years to come,” NRSC Executive Director Kevin McLaughlin said.He added, “All he has done is put two senate seats, multiple house seats, and Georgia’s 16 electoral votes in play. The NRSC stands firmly behind Sen. Kelly Loeffler and urges anyone who wants to re-elect President Trump, hold the GOP senate majority, and stop socialism to do the same.”A day ahead of Kemp tapping Loeffler for the seat, Senate Majority Leader Mitch McConnell told reporters on Capitol Hill that the political newcomer was a “terrific appointment.””She will be an incumbent Republican senator and we will all be behind her,” McConnell said. “I’m going to be behind her, and I’m confident that someone we’re working with every day is going to enjoy almost total support within the Republican Senate conference.”In a tweet sent after the NRSC put out its statement, Collins said, “Republican voters in Georgia should choose their candidate — not one politician or a Super PAC in Washington. The time for that contest is now so we can unite well before November.”As it stands currently, there will be a “jungle primary” special election on Nov. 3, meaning all candidates will be on the same ballot regardless of party affiliation. If no candidate gets more than 50% of the vote that night, there will be a runoff election between the top two vote-getters on Jan. 5.A Georgia House committee has already taken steps to change this process, but Kemp is not on board.On Tuesday, the House Governmental Affairs Committee advanced legislation that would establish a partisan primary for the special election on May 19, coinciding with the state’s other primary elections, aside from the presidential primary, which is on March 24. The winners of the Democratic and Republican primaries would then face off in November.A spokeswoman for Kemp signaled the governor would quash this effort should the legislation make it to his desk.”You don’t change the rules at half-time to benefit one team over another. People are sick and tired of it. The Governor will veto any bill that attempts to undermine the rule of law for perceived political gain,” Candice Broce said in a statement.On Fox News Wednesday, Collins said he wasn’t concerned “at all” about potentially paving the way for a Democrat to win the seat, and said that he looks “forward to a good exchange of ideas” in the election.Since joining the Senate in the beginning of January, Loeffler has been quick to establish her support for Trump.On Tuesday, she posted photos on Twitter with both Trump and his eldest daughter, Ivanka, who also serves as an adviser to the president.”Nobody is working harder for the American people than @realDonaldTrump. Proud to help advance his conservative agenda that will grow jobs, strengthen rural communities, & protect life,” Loeffler wrote in one tweet. “Under his leadership, we are building a safer, stronger, & more prosperous America!”And on Monday, she took to Twitter to criticize Sen. Mitt Romney, R-Utah, for being open to calling additional witnesses in the Senate impeachment trial.During the 2012 presidential campaign, however, she and her husband were at least financially behind Romney.Loeffler, the co-founder and former CEO of Bakkt, a Bitcoin futures trading platform, and a co-owner of the WNBA’s Atlanta Dream team, and her husband Jeffrey Sprecher, the chairman and CEO of Intercontinental Exchange and chairman of the New York Stock Exchange, gave more than $1.5 million to the super PAC backing Romney’s campaign, according to Federal Election Commission filings.The Loeffler campaign has not returned a request for comment regarding Collins’ announcement. Copyright © 2020, ABC Audio. All rights reserved.