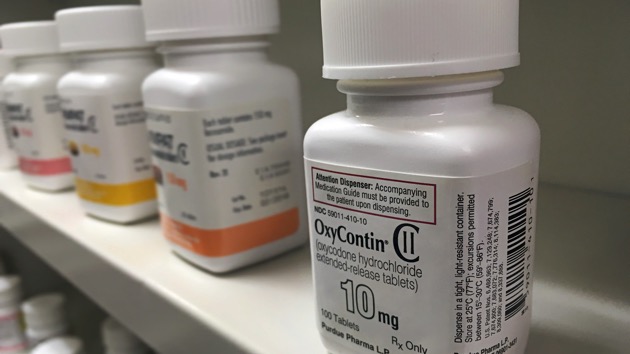 Pureradiancephoto/iStock(NEW YORK) — Opioid-related overdose deaths are on the rise, but individuals aged 15 to 24 have experienced a decline in treatment from the lifesaving medication buprenorphine, a new study finds.Buprenorphine is a U.S. Food and Drug Administration-approved treatment for opioid addiction. Researchers made their findings at Columbia University College of Physicians and Surgeons in New York City by analyzing national data regarding buprenorphine prescriptions filled by people aged 15 to 80 years.“Findings from the new study reveal that we have been making progress; between 2009 and 2018 the number of Americans who were treated with buprenorphine increased from 0.4 to 1.1 million,” said study leader Dr. Mark Olfson, professor of psychiatry, medicine and law at Columbia University.However, use of the medication fell in the youngest group from 1.76 to 1.40 per 1,000 people, which is about 20%.The findings also showed that the prescription strength and length of buprenorphine treatment were also lower among those aged 15 to 24 than among older Americans.”These findings for young people are particularly worrisome, given that their decrease in buprenorphine treatment occurred during a period when there was an increase in opioid-related overdose deaths for this age group,” Olfson said in a university news release.Per Dr. Rais Vohra, UCSF Professor of Emergency Medicine and Clinical Pharmacy at UCSF Fresno as well as Medical Director of the Fresno/Madera Division of the California Poison Control System states that, “one reason why buprenorphine treatment isn’t increasing among young people is that many addiction centers as well as psychiatrists only treat adults and few pediatricians have a waiver to prescribe it.”Current policy restricts the use of buprenorphine by requiring physicians to obtain a special “X waiver” before prescribing it by going through training and agreeing to limits on the number of patients they will treat.Olfson went on to state that, “some physicians may be reluctant to prescribe buprenorphine to younger people with serious opioid problems because they prefer to try detox followed by drug-free approaches first rather than trying to maintain them on buprenorphine, which is an opioid.”The problem with this approach is that detox followed by drug free approaches are typically less effective than an FDA approved medication such as buprenorphine.According to the National Institute on Drug Abuse, every day more than 130 people in the United States die after overdosing on opioids which includes prescription pain relievers, heroin, and fentanyl.”Our results highlight the critical need to improve buprenorphine treatment services, especially for the youngest with opioid use disorder,” Olfson said.“Fortunately there are programs like the California Bridge Program that are working to improve the landscape by creating 24/7 access points where any patient with opioid addiction can walk into an emergency room and start addiction treatment right away,” said Vohra. “At the same time they are also working to train doctors to be X waivered to truly curb this epidemic.”Copyright © 2020, ABC Audio. All rights reserved.