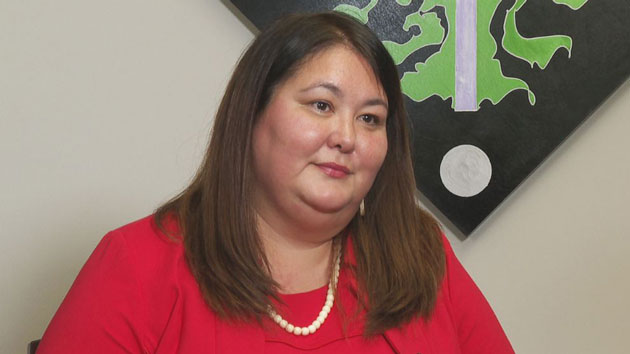 ABC(WASHINGTON) — A group of federal officials met for the first time on Wednesday to discuss a strategy to combat the epidemic of missing and murdered individuals in Indian Country, but some advocates are wary it will make a meaningful difference.”This initiative’s important to Indian Country and Alaska Native communities,” Tara Sweeney, the assistant secretary for Indian Affairs, told ABC News in an exclusive interview before the meeting. “And if the current practice had been effective, we wouldn’t be here today.”Men and women from American Indian and Alaska Native communities face higher rates of domestic and sexual violence than other populations, according to data reviewed by the Department of Justice.In November, President Donald Trump authorized a task force between the Department of Interior, which includes the Bureau of Indian Affairs, the Department of Justice and other offices like the Department of Health and Human Services. In the group’s first meeting, they discussed where to focus their work around the country and potentially send resources to meet with communities on the ground to evaluate cold cases.The initiative, nicknamed “Operation Lady Justice,” will work with tribal leaders to develop new protocols on how to handle new and unsolved cases of missing and murdered persons in Indian Country, including Alaska Native villages, re-examine how law enforcement agencies conduct data on these cases and create a team to revisit cold cases.Advocates say there are problems with a lack of information about unsolved cases of missing and murdered women and girls, specifically.Of almost 6,000 indigenous women reported missing in 2016, only 116 were logged into the Justice Department’s missing persons database, according to a report by the Urban Indian Health Institute.Some of those cases have garnered national attention from the media and lawmakers, mostly driven through activism from victims’ families and communities calling for more action on the problem.Experts on the issue say the task force doesn’t include those voices, as it’s made up of Sweeney, and representatives from DOJ and other federal agencies.Annita Lucchesi, executive director of the Sovereign Bodies Institute, said the task force’s goals are too vague to make a meaningful difference and that it feels like a matter of convenience in an election year.She said her group has raised concerns about the lack of tribal leaders, families and survivors on the task force.”It’s insensitive to Indian Country to expect us to line up and share our stories in these consultations and not have any decisionmaking power at the table,” she said, adding that as an expert and advocate in this space she hasn’t been asked to consult on the initiative.Sweeney grew up in rural Alaska and is a member of the Native Village of Barrow Traditional Iñupiat Government and the Iñupiat Community of the Arctic Slope tribes. She said one story during a listening session in Nome, Alaska, really stood out as an example of the challenges in responding to cases of violence against women.ProPublica and the Anchorage Daily News have reported that more than a third of villages in Alaska, most of which are native communities, have no regular law enforcement presence.Sweeney said that a women told the group that after being sexually assaulted when she was 18, she was told not to shower to preserve evidence until state troopers arrived to investigate.”Five days later they showed up,” Sweeney told ABC News. “She was traumatized once she was traumatized for the waiting period to to get processed. How is that justice?”The Senate Indian Affairs Committee has tried to pass bipartisan legislation to change how the Justice Department handles these cases and collect more data, called Savanna’s Act, but it was blocked in 2018.Katie Sullivan, principal deputy assistant attorney general for DOJ’s Office of Justice Programs, said data collection on missing persons is always a challenge but that the task force aims to get to the root of the challenges in these cases and put together teams to address them.”It is about really making sure that there is tight coordination between Bureau of Indian Affairs and the Department of Justice, both the FBI and our U.S. Attorney’s offices, and we have just,” Sullivan told ABC News. “I think we have a terrific collaboration.”The first listening session for the task force will be at the National Congress of American Indians executive council session in Washington, D.C. next month and they will announce other locations for consultation meetings in the coming weeks.Lucchesi said the federal task force may have to cherry-pick cold cases or parts of the country to focus on, which she says will make it difficult to see a meaningful difference on the ground.The Sovereign Bodies Institute conducts research and collects data on missing and murdered indigenous women, girls and “two spirit people,” maintaining one of the only databases cases since 1900.MORE: Trump’s emergency immigration task force disbandsShe said the group has learned the most from the services it offers families in southeastern Montana and northern California.When asked about concerns that voices from Indian Country aren’t included in the meetings, Sweeney said they would still have opportunities to be involved.”Let your voice be heard, participate in the process, submit comments, participate in a round table, engage with the task force,” she said. “As assistant secretary for Indian Affairs — my office is always open.”The task force is set to submit a report to the president next November.