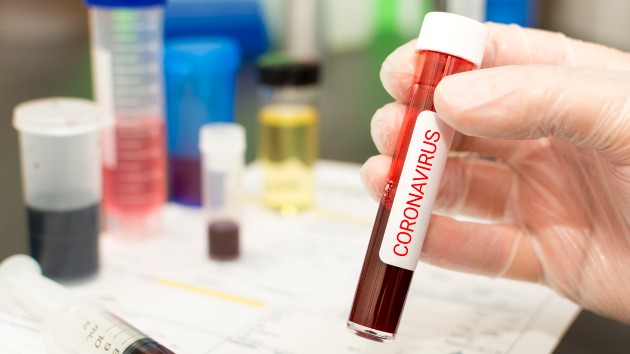 mrtom-uk/iStock(WUHAN, China) — The U.S. government’s chartered flight evacuating American consulate staffers and private U.S. citizens from the coronavirus epicenter of Wuhan, China, has been rerouted from its original California destination to a nearby military base.The flight, with more than 200 people aboard, is now scheduled to arrive at March Air Reserve Base in Riverside County, California, about 30 miles from where the flight was originally scheduled to land, in Ontario, California, just outside of Los Angeles.Officials with the Centers for Disease Control and Prevention made the announcement Tuesday night Pacific time after informing California officials about the change.At the time of the announcement, the plane was en route to Anchorage, Alaska, to be refueled there before heading on to California for an expected Wednesday morning arrival, according to a U.S. official with knowledge of the matter.All travelers aboard the plane were screened for symptoms at the airport in China prior to departure, and will be subject to additional screening, observation and monitoring requirements by the CDC, a U.S. State Department spokesperson told ABC News in a statement.Once there, all passengers will be quarantined for at least three days and monitored by the CDC, per the official. Those who show signs of the illness and need to be tested could be held for as many as 14 days.Passengers are being monitored along the way and if anyone gets sick in the air, they may be separated in Alaska and flown onward independently, the U.S. official said.While thousands of people have been sickened in China, the CDC said on Monday that the disease is “not spreading” in the U.S. There have been five confirmed cases so far — all of whom traveled to Wuhan.The U.S. consulate general evacuated the majority of its staff and has urged U.S. citizens not to travel to Hubei province, all but closing its doors amid the outbreak that has rattled nerves around the world.Seats on the charter flight were open to American citizens, with an alert sent Sunday notifying those in China and registered with the U.S. mission. American citizens are required to pay for their seat, and capacity is limited, with priority given to those most at risk of infection, per the spokesperson.The majority of the 200 seats on board the flight went to private citizens, with less than a quarter needed for U.S. personnel and their families.The initial notice that went out Sunday said the flight would travel to San Francisco, but the director of San Francisco International Airport and the State Department said Monday that was no longer true.Trucks carrying drinking water, portable showers, and water storage tanks were seen arriving Tuesday at Ontario International, a small airport in San Bernardino County that serves as an official U.S. government repatriation center for the West Coast.”Ontario International Airport (ONT) is working closely with our federal, state, county and city partners to plan for the possibility of a flight carrying U.S. government officials and private citizens returning this week from Wuhan, China,” Ontario International Airport said in a statement Monday, before the plane’s flight plan was changed.

Airport officials said they had “conducted extensive training in managing situations such as this. In the event that the returning passengers do arrive at ONT, preparations are being made to ensure that proper health, safety and security procedures are followed.”The State Department raised its travel advisory for China on Monday, urging American citizens to “reconsider travel” to the whole country. There has been a “do not travel” warning in place since Thursday for Hubei province when the consulate general announced it was pulling out all nonemergency personnel.The CDC raised its travel warning on Tuesday to match the State Department’s, urging all travelers to avoid all nonessential travel to China.At least 132 people have died from the illness in China, mostly in Wuhan.