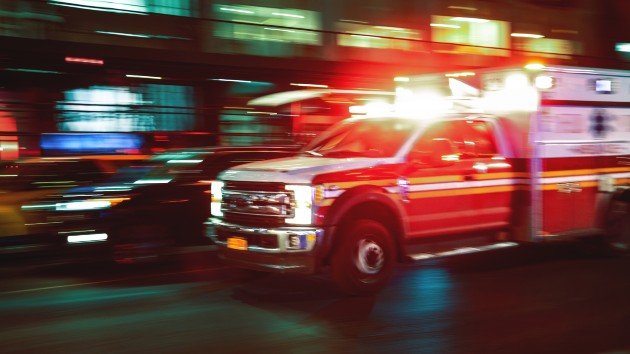 Marco_Piunti/iStock(CHICAGO) — A 1-year-old child has been shot in the head when a gun his parents were having a physical altercation over accidentally went off during the argument.The incident occurred at around 7:30 p.m. on Monday when Travis McCoy, 26, and Adriana Smith, 28, were having a domestic dispute inside their home at the North Eastwood Shores Apartments in Chicago, according to ABC News’ Chicago station WLS-TV.Authorities say that McCoy and Smith were allegedly fighting over a gun when it accidentally discharged causing a bullet to ricochet inside their apartment and then striking their young child in the head.The bullet did not penetrate the boy’s skull but he was badly injured after being hit.McCoy then ran with his baby to Weiss Hospital where he was stabilized and then transferred over to Lurie Children’s Hospital where he remains in serious condition.However, when authorities questioned McCoy as to how the incident happened, his story didn’t add up and he allegedly told them that he was shot at by individuals on the street which police confirmed did not happen.McCoy and Smith were subsequently arrested and both were charged with one misdemeanor count of child endangerment while McCoy was hit with an additional felony count of filing a false complaint or report to authorities and Smith was charged with an additional felony count of obstruction of justice for destroying evidence involved in the case.Both McCoy and Smith are due in court on Thursday. Copyright © 2020, ABC Audio. All rights reserved.