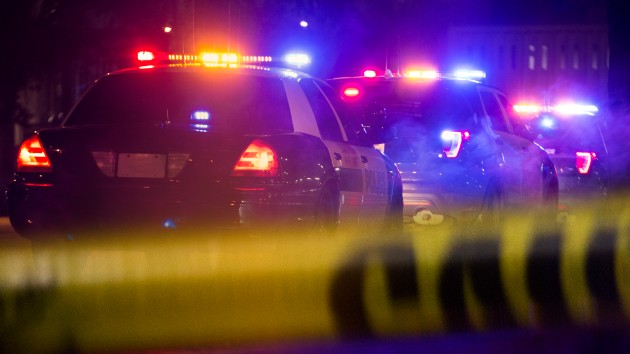 MattGush/iStock(PHILADELPHIA) — A 4-year-old boy has been shot and killed during a home invasion overnight.The incident occurred at approximately 1 a.m. in North Philadelphia when emergency responders received a call reporting a home invasion robbery at a family home where the father was with his 4-year-old son and a younger child while the mother was at work, according to ABC News’ Philadelphia station WPVI-TV.”[The father] reported that it was a home invasion robbery when he called it into police radio and to the first responding officers,” according to Acting Philadelphia Police Commissioner Christine Coulter. “We don’t have any viable flash at this time regarding the person involved, but hopefully as he is questioned at Homicide we will be able to get a clearer picture as to what exactly happened.”When authorities arrived on the scene, however, they found the father cradling the younger child downstairs and the 4-year-old boy upstairs in a bedroom with a gunshot wound where he was unconscious and unresponsive.”He was obviously rushed to the hospital and was pronounced at the hospital,” Coulter told WPVI.Authorities are continuing to gather evidence from the crime scene and are currently scouring surveillance footage of the area for more clues in the case.Police have not made public if anything was taken during the home invasion or what the motive may have been.Commissioner Coulter told WPVI just how tragic this case is for the family as well as the officers who have to deal with these kinds of cases.”Unfortunately, officers throughout the city over the last year have been in that situation, you know, and we are very conscious of the help they may also need, too,” said Coulter. “A lot of them, themselves are parents of young children- to just put a kid, who was shot, in the car, try to save their life, and not have those results …”The boy’s father is also being interviewed by police as authorities and investigators try to learn more about the circumstances surrounding the home invasion and murder. Copyright © 2020, ABC Audio. All rights reserved.