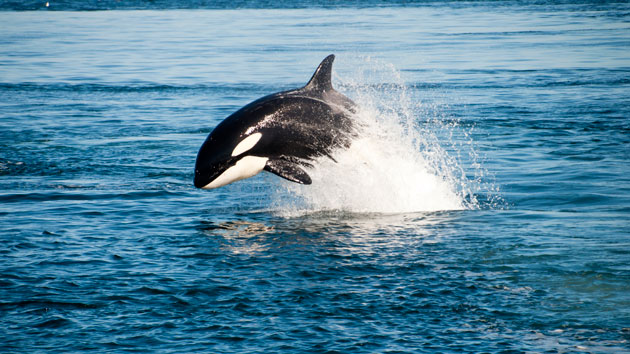 hanhanpeggy/iStock(SEATTLE) — A critically endangered orca is presumed dead following a six-month span without a single sighting, according to a nonprofit dedicated to saving the species.The orca, of the Southern Resident population and named L41 Mega, was not seen with his family on Jan. 24 off Washington’s coast, according to Shari Tarantino, president of the Orca Conservancy.Tarantino said the last time L41 was seen was in August 2019.”I hope he comes back, but I don’t think so,” she told ABC News on Thursday.The presumed loss of L41 is the latest difficulty facing the dwindling population.With just 72 Southern Resident orcas left, Tarantino said society is moving backwards in terms of caring for the species.The new population number is the lowest it’s been since 1974, when only 71 whales remained, according to the National Oceanic and Atmospheric Administration.L41 was among two orcas who fathered a majority of the population’s offspring. The orca J1, who is dead, fathered 16 of the Southern Residents, while L41 fathered 20, according to the NOAA.Tarantino believes that L41 was post-reproductive, but said he was “still a vital member.””It’s kind of like us,” Tarantino said. “We take care of each other.”Southern Resident orcas — which live in the inland waterways of Washington state and the trans-boundary waters between the U.S. and Canada — are decreasing in population for a slew of reasons. The main reason is that their food intake levels are too low, specifically their intake of salmon.Salmon have not been able to hatch their eggs because water temperatures are too warm and if they do hatch, the eggs can often be swept away by melting snowcaps, according to Tarantino.She said both factors have been a result, in part, of climate change.Tarantino hopes that the public will soon realize the urgency of the situation.Because Southern Killers are apex predators, she said, “When they’re failing, that generally means the ecosystem beneath it is failing.”Copyright © 2020, ABC Audio. All rights reserved.