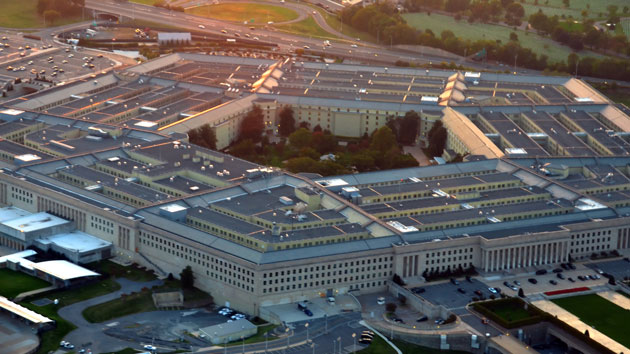 icholakov/iStock(WASHINGTON) — A week after President Donald Trump seemed to minimize the traumatic brain injuries (TBI) suffered by service members following Iran’s missile attack on a base in Iraq, Defense Secretary Mark Esper said Thursday that Trump is now “very concerned.””He is very concerned about the health and welfare of all of our service members, particularly those who were involved in the operations in Iraq and he understands the nature of these injuries,” Esper said Thursday during a Pentagon news conference.Trump previously characterized the injuries in Iraq as “not very serious” and as “headaches” have been controversial and even led the Veterans of Foreign Wars (VFW) to ask Trump for an apology.”We ask that he and the White House join with us in our efforts to educate Americans of the dangers TBI has on these heroes as they protect our great nation in these trying times,” William “Doc” Schmitz, the VFW’s national commander. “Our warriors require our full support more than ever in this challenging environment.”A U.S. official confirmed that the number of service members affected with mild traumatic brain injuries suffered from the attack had risen again to 64 up from 50 just days ago. According to the official, 39 service members have returned to duty in Iraq.During his trip to Davos, Switzerland last week, Trump said he had heard that service members who survived the Jan. 8 Iranian missile attack on the Al Asad airbase in Iraq had experienced “headaches” and characterized the injuries as “not very serious”.”I’ve seen what Iran has done with their roadside bombs to our troops,” he explained. “I’ve seen people with no legs and with no arms. I’ve seen people that were horribly, horribly injured in that area, that war — in fact, many cases put — those bombs put there by Soleimani, who is no longer with us. I consider them to be really bad injuries.”He added of the TBIs, “No, I do not consider that to be bad injuries.”Asked about Trump’s prior comments, Esper told Pentagon reporters that he had spoken with the president and the rhetoric changed.General Mark Milley, the chairman of the Joint Chiefs of Staff, told reporters that the majority of the 50 affected service members in Iraq had been diagnosed with a “mild TBI.”MORE: 34 service members diagnosed with traumatic brain injuries after Iran missile attack: PentagonMilley said that according to the to the military’s categories for injuries: very serious injuries, serious injuries and not serious injuries, the service members fell into the latter category.He added “that doesn’t mean they’re not injured” and he noted that all the affected service members would be monitored for years to come since some symptoms may not manifest themselves for quite some time.Considered to be the signature wound of the wars in Iraq and Afghanistan, Department of Veterans Affairs and Pentagon statistics show that more than 400,000 service members have suffered TBI over the past two decades.”This is an injury we need to keep educating everybody about, the Hill, you, the American people, even myself,” Esper said.Milley said that the safety preparations ahead of the Iranian missile attack had helped with the lack of fatalities and physical wounds.Both Milley and Esper confirmed that the U.S. is looking to position Patriot missile batteries inside Iraq, but that the Iraqi government has yet to provide its authorization.Milley said Patriot missiles are designed to shoot down incoming missiles — but it’s not a certainty that they could have shot down all of the Iranian missiles.Copyright © 2020, ABC Audio. All rights reserved.