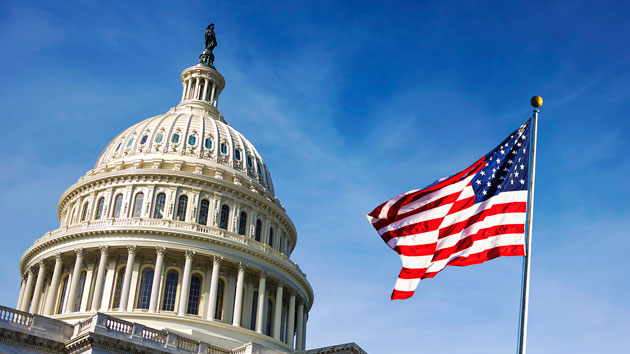 rarrarorro/iStock(WASHINGTON) — If President Trump believed he was acting both in his own political interest — and at the same time in the country’s interest — are those actions impeachable?The answer is no — according to a controversial argument made by former Harvard Law School Professor Alan Dershowitz Wednesday night during the first round of senator questions in President Donald Trump’s impeachment trial.”Every public official that I know believes that his election is of the public interest,” he said.”If a president does something which he believes will help him get elected in the public interest, that cannot be the kind of quid pro quo that results in impeachment,” Dershowitz maintained.Trump’s defense team continues to assert two separate points regarding the Trump administration’s withholding of military aid to Ukraine last year. First, they argue there was no connection between stopping the aid and Trump’s desire for an investigation into former Vice President Joe Biden. But even if a connection existed — as Dershowitz theoretically entertained — it does not rise to the level of an impeachable offense.Democrats responded to Dershowitz with outrage, calling it an expansive interpretation of executive power.“What a load of nonsense,” Senate Minority Leader Chuck Schumer told reporters Thursday morning. “By Dershowitz’s logic, President Nixon did nothing wrong in Watergate. He was just breaking into the DNC (Democratic National Committee) to help his reelection, which of course is in the public interest, according to Dershowitzian logic.”Dershowitz took to Twitter ahead of the next trial session on Thursday to defend his remarks, insisting they had been mischaracterized.“Anyone watching my answer would know that it was in response to the manager’s claim that any electoral benefit would constitute an impeachable quid pro quo,” he said on Twitter.House impeachment manager Rep. Adam Schiff refuted that idea in his initial response to Dershowitz on Wednesday night.”All quid pro quos are not the same,” Schiff said. “Some are legitimate and some are corrupt and you do not need to be a mind reader to figure out which is which,” Schiff said. “For one thing, you can ask John Bolton.”Addressing the same argument on the Senate floor Thursday, Schiff said it meant Dershowitz knew Trump is guilty, calling his point “an argument of desperation.””That is the normalization of lawlessness,” Schiff asserted.Even Republicans prepared to vote to acquit the president have been reluctant to embrace the Dershowitz’s logic. Sen. John Barrasso declined to answer in an interview Thursday morning about whether he thought the argument was valid.“I have heard enough. I am ready to make that vote and I know that the momentum in the Republican caucus is to do that as well,” Barrasso told CNN.Copyright © 2020, ABC Audio. All rights reserved.