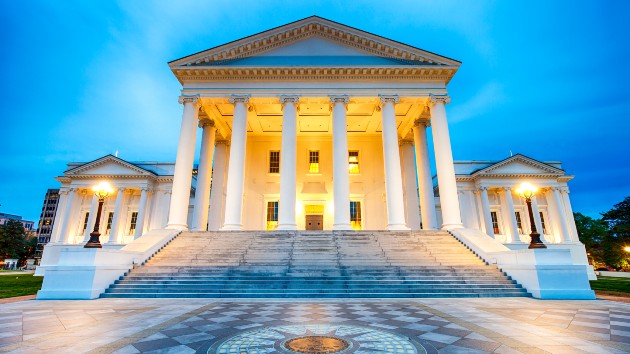 traveler1116/iStock(RICHMOND, Va.) — The Virginia state legislature is slated to vote on a package of gun control bills Thursday, more than a week after thousands of the legislation’s armed opponents marched through Richmond.Virginia’s House of Delegates is expected to pass several pieces of legislation aimed at curbing gun violence, including universal background checks, a monthly limit on handgun purchases and “a red flag” law, which would give judges and police officers the authority to remove a weapon from an individual if they pose a threat.The state Senate, which — along with the House — gained a Democratic majority for the first time in more than 20 years this year, passed similar bills two weeks ago.The votes come after a tense day of lobbying against the bill on Martin Luther King Day Jr. by several gun rights groups including the Virginia Citizen Defense League.Gov. Ralph Northam, who supports the bills, issued a state of emergency following credible threats of violence on Lobby Day, and banned all weapons from the state Capitol grounds while the rallies took place.Despite the order, 16,000 armed gun rights activists marched through the streets of Richmond outside of the prohibited areas.The Virginia Citizen Defense League didn’t immediately return messages for comment on Thursday’s vote. Copyright © 2020, ABC Audio. All rights reserved.