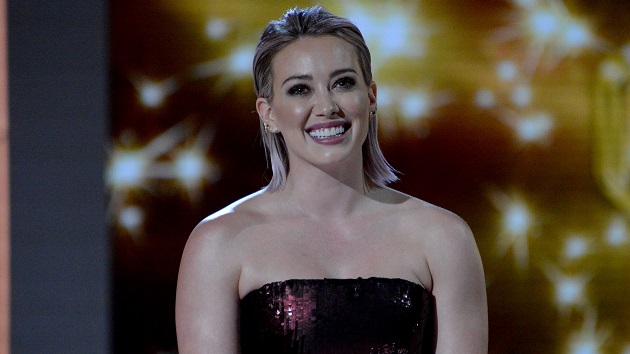 (LOS ANGELES) — As any firstborn can attest, making space for a younger sibling is a major adjustment. Hilary Duff revealed that her eldest’s reaction to finding out that he was going to be a big brother brought on a serious case of “mom guilt.”

Speaking to PureWow, the 32-year-old explained that, upon finding out that she was pregnant with daughter Banks Violet, she worried how her seven-year-old son Luca would handle the news.

“The guilt that I felt for bringing her into the world was so big.  It was just he and I for so long,” says the Lizzie McGuire star.  “He was like, ‘Why? Why, Mom? Why would you do this? I really just love the way it is.’ And it wasn’t bratty, it was just so sad.”

His negative reaction caused her to spiral. Explains Duff, “I was like, ‘How do I reverse this?! It’s too late now.’ It’s such big feelings. When you’re pregnant, everything just feels more magnified.”

Fortunately, that was the worst of her pregnancy.  Once little Banks was born in 2018, Luca seamlessly stepped into the protective big brother role.

Laughing, Duff tells PureWow about the day the two met, “He came in after I had her. I was just holding her, and the look on his face was an absolute shock. He just said, ‘That’s my sister!"”

She knew the two would be fine when Luca needed to sneeze and he “ran out of the room” and “let out this huge sneeze in the hallway” because he “couldn’t do it in here near her.”

Banks and Luca’s bond continues to grow every day, with Duff explaining, “It’s really sweet the way he looks out for her.” However, she also finds herself reminding her eldest child that “I know what I’m doing.”

Melinda Dillon, the mom in ‘A Christmas Story’, ‘Close Encounters’, dead at 83

‘Dear Edward’ is about ‘resilience,’ ‘connection,’ and the power of the human spirit, says creator Jason Katims

Peacock greenlights a second season of ‘The Traitors’