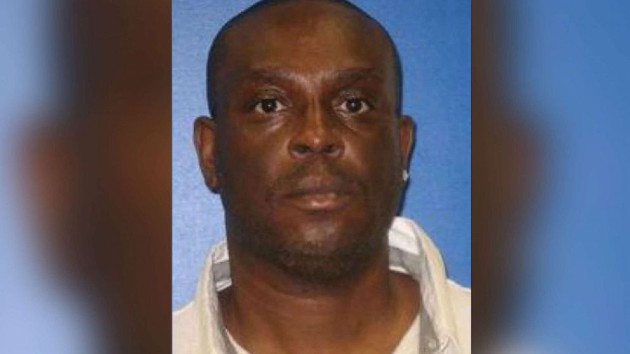 Jefferson County Sheriff’s Office(CLEVELAND) — A convicted rapist sought in connection with the disappearance and death of an Alabama woman was captured in Ohio on Wednesday night after a weekslong manhunt, authorities said.Members of the U.S. Marshals Service’s Northern Ohio Violent Fugitive Task Force arrested Frederick Hampton, 50, at a relative’s home in Cleveland, in connection with the death of 29-year-old Paighton Houston.The Jefferson County Sheriff’s Office in Birmingham, Alabama, had issued an arrest warrant for Hampton earlier this month for sex offender registration violations and abuse of a corpse.”Quick action by law enforcement in Alabama and Ohio led to the capture of this fugitive who was very clearly on the run from authorities,” U.S. Marshal Peter Elliott said in a statement Wednesday night. “A person with little regard for life is off the streets and both communities are safer this evening.”Authorities have said they have evidence that Hampton was with Houston on the night she vanished and that he disposed of her body after she died the next day.When Houston left a bar with two men in Birmingham on the night of Dec. 20, she texted one of her friends saying “she didn’t know who she was with and that she felt like she was in trouble,” her brother told ABC News in an interview after she went missing.It’s unknown whether Hampton was one of the men Houston left the bar with.The body of Houston, a Trussville native, was found on Jan. 3 wrapped in sheets and buried in a shallow grave behind a house in Hueytown, about 15 miles from the Birmingham bar where she was last seen. The home belongs to relatives of Hampton, authorities said.The cause and manner of Houston’s death has not yet been determined as additional tests, including toxicology, are still pending.Authorities have said they have no evidence at this point that Hampton was responsible for Houston’s death, but that he could face more charges if additional evidence is developed. He is also under investigation by the U.S. Marshals Service for possible federal violations.Hampton will remain in local custody in Cleveland until he can be extradited back to Birmingham, authorities said.After being convicted for rape and sodomy in 1992, Hampton served more than 20 years in prison. He was released in 2012, according to jail records.Copyright © 2020, ABC Audio. All rights reserved.