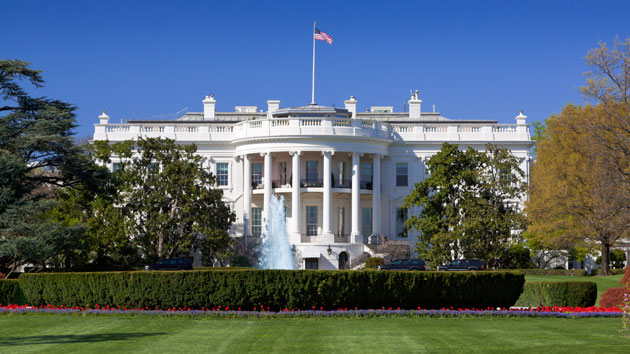 OlegAlbinsky/iStock(WASHINGTON) — A former congressman allegedly linked to Rudy Giuliani’s shadow campaign to oust America’s then-ambassador to Ukraine appears on video, obtained by ABC News, meeting with President Donald Trump.Trump, who is in the midst of his impeachment trial, has insisted he does not know the two businessmen, Lev Parnas and Igor Fruman, who also helped Giuliani dig into since-discredited allegations that Democratic presidential candidate Joe Biden corruptly sought to protect his son from a Ukrainian investigation he was in office.But the tape, provided to ABC News by a lawyer for Parnas, is the second video to surface in the past week showing both Parnas and Fruman meeting with Trump in early 2018. The latest tape was apparently recorded on April 20, 2018 – at a Republican-sponsored meet-and-greet ten days before the meeting captured on video made public last week.Only a few minutes into the latest recording, then-congressman Pete Sessions, R-Texas, can be seen walking into a dining room at Trump’s Mar-a-Lago resort in Florida.”You guys, let me introduce myself to everybody. I’m Pete Sessions,” the prominent Texan can be heard telling those gathered to meet with Trump, including Parnas, Fruman and two pro-Trump women who emigrated from Syria but were not identified.Late last year, Parnas and Furman were indicted in New York federal court for allegedly scheming to circumvent campaign finance laws and raise $20,000 for a then-sitting congressman, since identified as Sessions. Both Parnas and Fruman have pleaded not guilty.Prosecutors also allege that Parnas and Fruman enlisted help from a former congressman to have veteran diplomat Marie Yovanovitch recalled as ambassador – a move that has figured prominently into the narrative of Trump’s impeachment.Sessions recently told ABC News he is cooperating with the federal probe.In May 2018, Sessions sent a letter to Secretary of State Mike Pompeo urging him to remove Yovanovitch, insisting – with no evidence – that Yovanovitch had been working against Trump.Parnas told Trump the same thing a couple of weeks earlier, during a small gathering on April 30, 2018.“Get rid of her,” Trump appears to respond, according to a recording of the encounter reviewed by ABC News last week. “Get her out tomorrow. I don’t care. Get her out tomorrow. Take her out. OK? Do it.”That recording is in the custody of federal prosecutors in New York.Trump has distanced himself from Parnas, and the president’s supporters have questioned his credibility and motives.”I don’t know him,” the president recently said when asked about Parnas. “I don’t know Parnas other than I guess I had pictures taken, which I do with thousands of people, including people today that I didn’t meet. But I just met him. I don’t know him at all. Don’t know what he’s about, don’t know where he comes from, know nothing about him. I can only tell you this thing is a big hoax.”The latest recording shows Trump meeting with Parnas and Fruman, and according to sources, the meeting would be the first of two held in a two-week-period in early 2018.For more than 30 minutes, during the meeting that sources tell ABC News was held on April 20, 2018, Trump entertained questions from the group of supporters, discussing matters ranging from Trump’s handling of Syria to Republican representation in Congress.“We’re losing a lot of people,” Trump said of a recent wave of Republican retirements. “Pete, maybe you can talk a little about this.”“We win when we are together,” Sessions responded. “We win when we gather ourselves together around a common theme, and that is the president of the Unite States that wants to make America great again.”There was no discussion of Yovanovitch in the meeting apparently held on April 20, 2018.It was not until a year later that Yovanovitch was recalled from her position — in April 2019. Yovanovitch has said the decision was based on “unfounded and false claims by people with clearly questionable motives” that she was disloyal to Trump. In public testimony, many of her colleagues have agreed.House investigators have been attempting to document – in part with text messages supplied by Parnas — an almost year-long effort on the part of Parnas and Giuliani to get Yovanovitch removed from her post.Trump’s supporters, meanwhile, have maintained that no evidence has been put forward directly linking Trump to any of the alleged impeachable actions. And Trump and the White House have maintained that removing Yovanovitch was within his right.”Every president in our history has had the right to place people who support his agenda and his policies within his Administration,” White House press secretary Stephanie Grisham said last week.A spokesman for Sessions declined to comment for this article. Copyright © 2020, ABC Audio. All rights reserved.