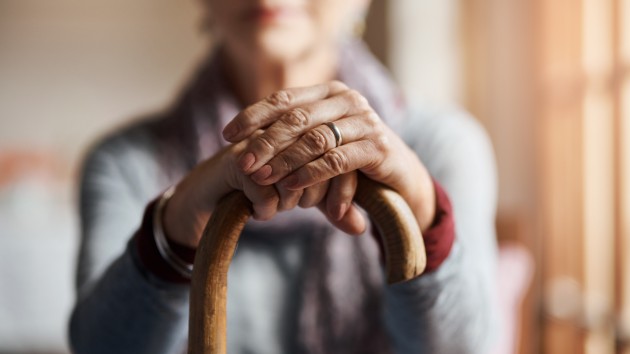 Cecilie_Arcurs/iStock(NEW YORK) — Life expectancy in the U.S. rose in 2018, the first such increase in four years, according to a report the National Center for Health Statistics published on Thursday.The average American man will live to be 76, and the average woman will live to be 81.Those gains were driven by declines in six of the 10 leading causes of death between 2017 and 2018, and a notable drop in drug overdose deaths.Overdose deaths, after increasing for decades, fell for the first time in 28 years, from 70,237 in 2017 to 67,367 in 2018, according to the report.”It’s really the drug overdose deaths that are driving that trend,” said Robert Anderson, chief of the mortality statistics branch at NCHS.Drug overdose deaths, Anderson explained, have a profound impact on average life expectancy because many occur at younger ages than other leading causes of death — like cancer, heart disease, stroke and Alzheimer’s disease.”When folks die at younger ages, they have a disproportionate impact on life expectancy,” Anderson said.In 2018, 14 states and the District of Columbia reported that the drug overdose death rate in their jurisdiction had fallen year over year.Leo Beletsky, a professor of law and health sciences at Northeastern University, praised the efforts individual municipalities have made to drive down drug overdose fatalities.”These findings reflect overdose trends that we have seen in many jurisdictions in the last year, as overdose fatality rates have stabilized or declined slightly,” he said. “This is the result of overdose prevention efforts like naloxone distribution, and access to lifesaving medications methadone and buprenorphine, [which] are finally reaching more people.”The overall decline in drug overdose deaths was seen mostly in people who’d used natural and semi-synthetic opioids, including prescription opioids, or heroin. At the same time, there was an uptick in overdose deaths from fentanyl, methamphetamine and cocaine.”In many cases, people are not dying of a single drug,” Anderson said.More often, he said, people die of a combination of drugs, with common combinations currently including fentanyl and methamphetamine and fentanyl and cocaine.He also cautioned against prematurely declaring victory in the nation’s ongoing opioid crisis.”We’re still talking about nearly 68,000 deaths,” he said.Provisional data from 2019, which isn’t complete or finalized, paints a less rosy picture — figures appear flat or increasing slightly from 2018.”I would temper your enthusiasm regarding the decline,” Anderson said. “It may not continue into 2019.””We are not out of the woods yet,” Beletsky noted. “This plateau still means we are at a very high level of overdose, while many communities are continuing to experience increases, especially among people of color.””To bend the curve further, we need to double down our investment in what works,” he added.