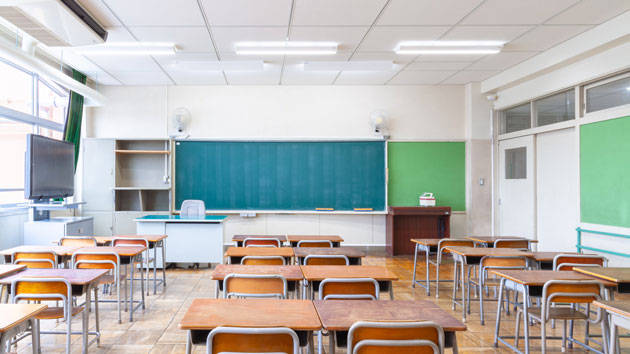 recep-bg/iStock(NEW YORK) — Every year the number of boys and girls that are identified as victims of human trafficking increases around the world and in the United States, yet, there’s only one state that requires students to learn how to prevent becoming a victim.As National Slavery and Human Trafficking Prevention Month comes to a close on Friday, community leaders in New York City are taking steps to combat the epidemic with protests as well as brainstorming sessions with public and education officials.”Parents have to teach their children the essentials of life, but with human trafficking, they need to know what to do if they find themselves in a stranger danger situation — kick, scream, shout, yell — the teachers have to teach them about this,” said civil rights leader and activist, Rev. Kevin McCall to ABC News.One in four victims of human trafficking — also known as modern slavery — are children, according to the International Labor Organization’s (ILO) 2017 statistics.The ILO also reported that over 24 million human trafficking victims are trapped in forced labor, 16 million people are exploited in the private sector such as domestic work, construction or agriculture and 4.8 million persons in forced sexual exploitation.Professionals and any adult, who may come in contact with a trafficked juvenile, are provided resources, training courses, webinars and annual conferences from government-funded or non-profit organizations like educational institutions like Center for Combating Human Trafficking at Wichita State University and National Center on Safe Supportive Learning Environments.Angelo Congello, the CEO of Creative Safety Products, has been teaching stranger danger lessons to students across the country since his father started the company 1975.”We’ve seen tens of millions of kids over the years until now and go as far west as Fort Wayne, Indiana, and are expanding out to other states,” Congello told ABC News on Friday.Through live performance using magic, games and ventriloquism, Congello and his team teach children about stranger danger, the negative effects of bullying, fire safety, internet safety and respect for authority figures. They also encourage positive behavior like honesty, friendship, being a buddy not a bully, civic responsibility and knowing what to do in an emergency, just to name a few.Florida became the first state to approve a rule that requires education in child trafficking prevention for students grades K-12.The National Center for Missing and Exploited Children found that one out of every eight endangered runaway children is likely a victim of human trafficking.”When is enough going to be enough?” asked McCall, who is expected to protest in front of the New York City’s Department of Education headquarters on Feb. 5. “We talk about mass shootings and gun violence and how to prevent them, but for human trafficking there is just money handed to organizations to get programs done, but nothing to put it out there into the classrooms for the students to learn to prevent this.”According to the latest statistics provided by the city’s Safe Harbour Program, 2,366 New York City youths in 2017 were identified as either trafficked or at-risk for trafficking. The previous year, the same statistic counted 1,357.”These lessons are definitely something that should be mandatory in all schools around the country,” said Congello, who agreed with the activist’s campaign.”One recent testimonial we received was about a little girl who was prevented from being abducted when other kids on the playground saw a stranger grab her, they started screaming and she started kicking and the stranger ran away,” Congello said. “Unfortunately, the guy wasn’t arrested, but the good thing was that little girl did not become a victim.”McCall and representatives from other local organizations like Freedom Youth LLC. and the East New York United Concerned Citizens started its campaign during the last week of January by stopping traffic on the Brooklyn Bridge during rush hour.”We believe Gov. Cuomo and Mayor de Blasio are not dealing with this national crisis … we wanted to make a statement to get their attention,” said McCall, who is taking the anti-human trafficking campaign a step further with “Operation Light ‘Em Up” where they will demand that light towers get placed in high concentration of modern slavery and prostitution areas of the city to deter the activity.A spokeswoman with the NYPD told ABC News that while it doesn’t use the light towers for human trafficking purposes, it is “open to all suggestions.”Requests for comment from New York’s state and city’s department of education were not received.The state’s Office of Children and Family Service are in the process of completing an updated report with new data. Copyright © 2020, ABC Audio. All rights reserved.