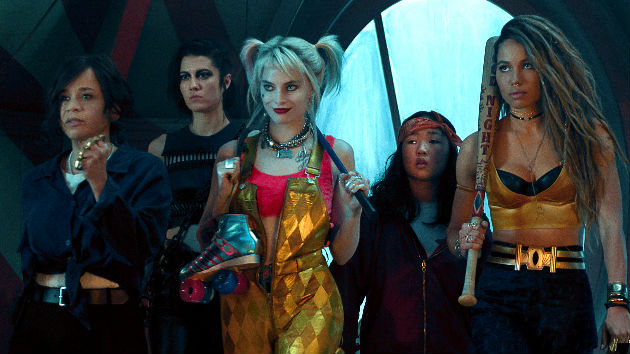 Cathy Yan’s movie, officially titled Birds of Prey: And the Fantabulous Emancipation of One Harley Quinn, centers on some of Gotham City’s female felons including Joker’s ex, Harley, as well as Helena Bertinelli/Huntress, played by Mary Elizabeth Winstead, and Dinah Lance/Black Canary, played by Jurnee Smollett-Bell.

The film has the baddies joining forces with each other and Rosie Perez’s Gotham Police Detective Renee Montoya to save a young girl and fight Ewan McGregor’s criminal mastermind, Black Mask.

“So #BirdsofPrey was an absolute blast,” gushed one reviewer on Twitter.

“#BirdsofPrey is like if John Wick were run through a crazy funhouse filter and stuffed full of glitter and f-bombs,” commented another.

Another gave the praise hands emoji to Yan and her Wonder Woman-directing counterpart, Patty Jenkins, and implored the producers of the DC Cinematic universe to, too: “If the DCEU doesn’t hand everything over to women now, they are clearly out of their minds.”

Birds of Prey: And the Fantabulous Emancipation of One Harley Quinn officially opens February 7.

“Why am I doing this?” Chris Hemsworth tries to defy death in Disney+ Nat Geo series ‘Limitless’