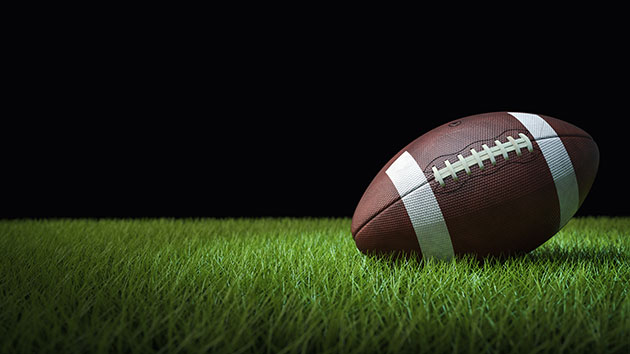 Sefa Kart/iStock(MIAMI) — During his 13-year NFL career, former Pittsburgh Steelers running back Jerome Bettis was known for his aggressive, down-hill running that often punished opponents.He would even carry several defenders on his back. His running style and a win at all costs mentality would earn him the nickname of “the Bus,” famously coined by the Notre Dame student newspaper where Bettis played college football.Now it’s only fitting the Bus would help some Hertz customers get to this weekend’s Super Bowl between the San Francisco 49ers and Kansas City Chiefs in style. Bettis recently spoke to ABC News Radio about his collaboration with the car rental company’s “Extra Mile Campaign.”Going the extra mile is something Bettis epitomized throughout his playing career.After losing to the eventual Super Bowl XXIX champion New England Patriots in the 2004 AFC Championship game, Bettis found himself at a crossroads: would he decide to hang up the cleats after 12 seasons, or would he kick the tires for one last run at a title that was so elusive to the two-time All-Pro running back?Ultimately, a sideline conversation with then-rookie quarterback Ben Roethlisberger would seal the final decision for Bettis.“While we were losing, Ben (Roethlisberger) came over to me and said ‘give me one more year and I’ll get you to the Super Bowl,’” Bettis recalled of the conversation.“I heard what he said, but the moment was so much bigger than that situation. I knew I still wasn’t ready to retire.”At 33, Bettis would return for the 2005 season. Despite splitting time in the backfield, Bettis would still play a vital role for the Steelers, finishing with the second-most touchdowns on the team with nine, and leading them to the playoffs.Bettis would score at least one touchdown in the three consecutive road wins rattled off by the Steelers to reach Super Bowl XL against the NFC Champion Seattle Seahawks.The game took on a much more significant meaning for “The Bus.” Not only was this Bettis’s first ever Super Bowl, he would also have the opportunity to play in front of family and friends in his hometown of Detroit.Pittsburgh would go on to beat the Seahawks, 21-10.  “It was an incredible honor to have the opportunity to play hometown, much less, win in my hometown. It was really special.”Bettis wouldn’t be the only future Hall of Famer to leave the game on his own terms shortly after the win. His coach, Bill Cowher, retired from coaching following the team’s Super Bowl run.It’s also only fitting that the former coach Bettis so revered will finally be enshrined in the Pro Football Hall of Fame in Canton, Ohio this summer.“He (Cowher) was largely the reason why I was in the Hall of Fame,” said Bettis, who was elected in 2015.“To be able to welcome him into the Hall will be really, really special because he has more than deserving.”Copyright © 2020, ABC Audio. All rights reserved.