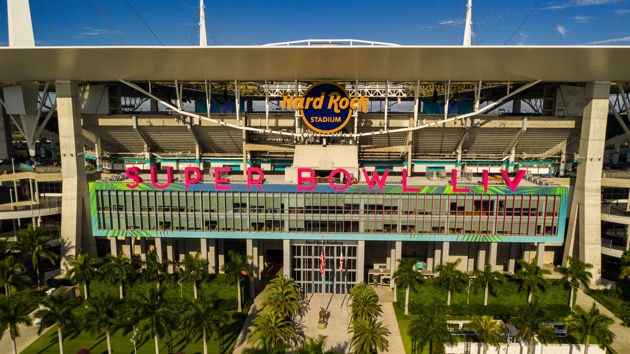 felixmizioznikov/iStock(MIAMI) — A nondescript building just west of the Hard Rock Stadium that will host Super Bowl LIV on Sunday, is home to a law enforcement center where information sharing is key to the security and success of the big game.Since the 9/11 terrorist attacks in 2001, law enforcement agencies — both federal and local — have started to share information on possible threats, both seen and unseen, to better mitigate and defend the homeland.This includes upping security during large events where thousands of people are gathered in one place.”What the public needs to know about fusion centers, their role and function is really what do you think about us,” Major Brian Rafky, with the Miami-Dade County Sheriff’s office told ABC News. “To share intelligence, gather intelligence and make sure we’re working with our partners within our communities and within our region to be able to push that information out.”Rafky, who is also in charge of the fusion center in Miami, added: “So everyone has situational awareness about what’s going on.”The center, located in Doral, Florida, will monitor the cameras inside and outside the stadium.But those cameras, Rafky said, aren’t for keeping an eye on the game, but for watching for suspicious activity.In Miami, where the game is being held, the center services 110 police departments and 6.5 million people.”A lot of things they do is they monitor suspicious activity. And there’s a lot of different ways that you get suspicious activity reporting,” Rafky told ABC News. “There’s different mechanisms that can come in through different places; like for us we have eye-watch, and our Florida fusion center pushes us tips, insight.”He stressed that not only do calls and reports go to the local responding agency, but they’re also shared with the fusion center so that all law enforcement can be up to speed on a particular report or incident.Inside the nerve center, FBI and other federal and state agencies sit side-by-side and track all of the tips and reports officers are getting throughout the region.Rafky said fusions centers also look beyond threats to analyze events that have already happened.He said for the Super Bowl they’ve already put together a threat assessment plan to share widely with law enforcement.”And they’ll do an analysis with a number of analysts that we have, and they’ll identify either past practices and things that are happening at different events to be able to push it out to more coordinators that are officers in the field,” he said. “So they can know signs and symptoms of what to look for, for terrorism, or something that could have happened in the past.”Rafky said he will be at the fusion center on Sunday to monitor and ensure security for the big game against the San Francisco 49ers and Kansas City Chiefs. Copyright © 2020, ABC Audio. All rights reserved.