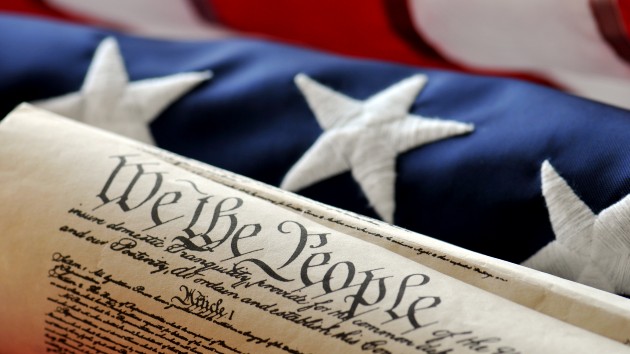 alancrosthwaite/iStock(NEW YORK) — The nearly century-long fight to enact an equal rights amendment is set to become a major court battle.The state attorneys general of Virginia, Illinois and Nevada, the last three states to adopt the amendment’s resolution, filed a lawsuit against National Archivist David Ferriero Thursday that orders him to recognize their legislatures’ votes and fully adopt the amendment into the U.S. Constitution.When Congress sent the amendment’s resolution to the states for ratification back in 1972, it issued a seven-year deadline to meet its 38-state minimum for certification, followed by a three-year extension, however, only 35-states ratified it before time was up.The U.S. Department of Justice’s Office of the Legal Counsel (OLC) issued an opinion earlier this month stating that the Equal Rights Amendment is no longer pending because of that deadline, however, Virginia Attorney General Mark Herring contended Article V of the U.S. Constitution does not give a timetable for an amendment’s approval.”The work is done. Every constitutional requirement is made,” he said at a news conference in Washington, D.C.A representative for the National Archives and Records Administration declined to immediately comment about the lawsuit. In a press release earlier this month, the office said it would comply with the OLC’s opinion save for a court order.Under the ERA, “equality of rights under the law shall not be denied or abridged by the United States or by any State on account of sex.” Carol Jenkins who is the co-president and CEO of The ERA Coalition, a nonprofit group that has pushed for the amendment’s adoption, said it would be the basis for various legal protections for women who file equal pay and discrimination lawsuits, for example.”It is time for equality, we have waited too long for equal rights. It is shameful that there are some who want us to wait a minute longer,” she said at the news conference.The suit contends that there is nothing in the archivist’s formal responsibilities that give it the discretion to reject an amendment resolution once it passes the minimum number of states.”The duties imposed upon the Archivist are mandatory and purely ministerial,” the lawsuit said.The amendment was formally proposed to Congress back in 1923, but the discussions to send it to the states for approval lingered for decades. Congress issued its resolution in 1972 with support on both sides of the aisle and President Richard Nixon.Interest in approving the proposal increased over the years, especially after the 27th Amendment was adopted in 1992, more than 200 years after Congress first issued it as a resolution to the states.In 2017, Nevada became the 36th state to ratify the ERA and in 2018, Illinois’ state legislature ratified the amendment. On Jan. 15, Virginia’s House of Delegates voted to approve the amendment, and it was formally adopted by the state 12 days later.Virginia’s vote came with a big push from women’s rights groups and celebrities such as Alyssa Milano and Patricia Arquette who lobbied Congress to pass the amendment. Virginia House Delegate Danica Roem went as far as to tattoo the amendment’s wording to her left arm this week.Copyright © 2020, ABC Audio. All rights reserved.