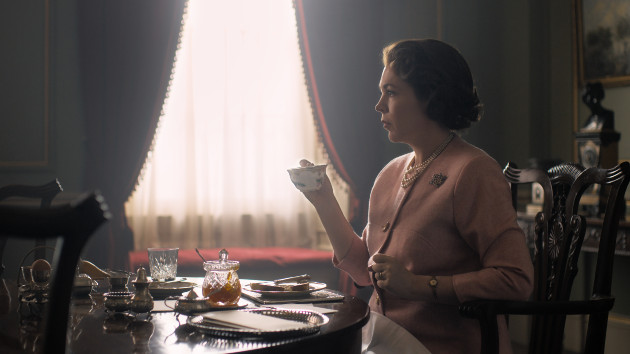 Netflix(LOS ANGELES) — Just like Harry and Meghan, Netflix’s royalty, The Crown, is bowing out.

ABC Audio has confirmed both that the streaming service cast Imelda Staunton as Queen Elizabeth II for season five, which will be The Crown’s swan song.

The show about the British monarchy has earned enough awards to fill a keep in the Tower of London, including Emmys, Golden Globes and Screen Actors Guild honors.

It features a series of actresses to portray the royals as they age.  The third season of The Crown is set in the years from 1964-1977, with Oscar-winner Olivia Colman currently playing the queen. Coleman replaced Claire Foy as Elizabeth, while Helena Bonham Carter currently plays Princess Margaret, replacing Vanessa Kirby in the role.

In a statement, Staunton said, “I have loved watching The Crown from the very start. As an actor it was a joy to see how both Claire Foy and Olivia Colman brought something special and unique…I am genuinely honoured to be joining such an exceptional creative team and to be taking The Crown to its conclusion.”

Emma Corrin was cast as Princess Diana for season four, which is currently in production.