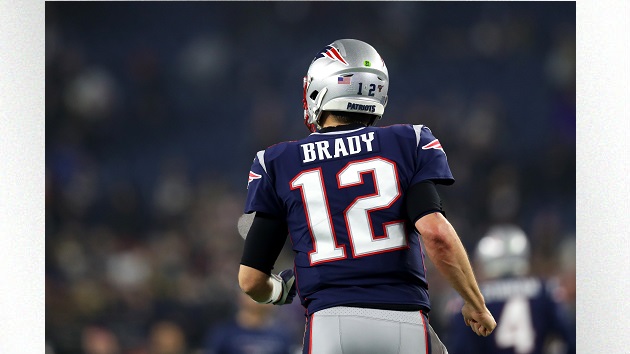 Maddie Meyer/Getty Images(FOXBOROUGH, Mass) — Love him or hate him, Tom Brady is one of the most successful players in NFL history.  However, Patriots fans are slowly coming to terms that their star quarterback will eventually hang up his helmet and shoulder pads.

A cryptic new message Brady posted on social media on Thursday has Pats Nation freaking out that moment may be coming sooner rather than later.

The ominous black and white photo, which was posted without caption by the way, features what appears to be Brady’s silhouette walking in Gillette Stadium’s tunnel.  However, fans can’t quite seem to interpret which direction the 42-year-old is heading.

Is he walking onto the field or is he walking away from it and into the tunnel?  Fans are also trying to wrap their heads around the message TB is trying to convey.

The biggest fear, obviously, is that the Patriots legend is retiring or moving onto another franchise as he is a free agent, as reported by ESPN.  On the other hand, Pats fans are hopeful this is an announcement that Brady is returning for another season, as Patriots owner Robert Kraft indicated last week to TMZ Sports.

Whatever Brady may be hinting, sports fans know they will have their answer by March, when the 2020 trading period commences and free agents can sign with teams.

Brady, hailed as one of the top players in NFL history, was voted Super Bowl MVP four times and has six Super Bowl rings, as well as 14 division titles along other accolades.

He has the meats: A creepy Evan Peters haunts ‘Dahmer — Monster: The Jeffrey Dahmer Story’

“I gotta shine right out the gate”: See Niecy Nash-Betts shine in ‘The Rookie: Feds’ trailer