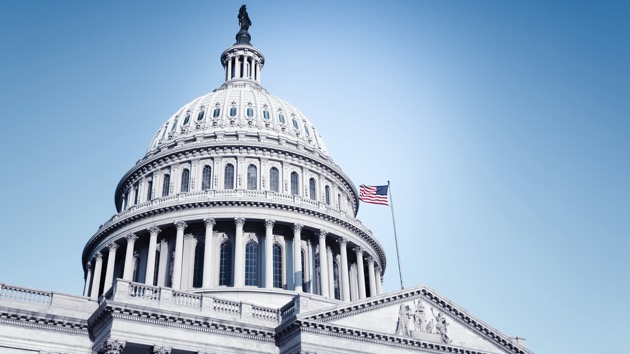 uschools/iStock(WASHINGTON) — Barreling into what could be the final day of President Donald Trump’s impeachment trial on Friday, the spotlight is on moderate Republicans who could vote with Democrats to allow new witnesses.Republican Sen. Lisa Murkowski has said she will announce where she stands soon — perhaps before Friday’s Senate trial session starts at 1 p.m.Democrats have hoped to sway her following revelations from former national security adviser John Bolton earlier in the week that appeared to undermine the president’s case.How she’ll vote is just one element in general uncertainty over how the trial will unfold when the Senate reconvenes.Both sides will engage in at least four hours of debate over the witness question before the Senate votes on that. Republicans have indicated they’d prefer to wrap things up — move to a final vote on whether to acquit the president shortly after — but motions from Democrats and arguments could extend the session late into the night.GOP Sen. Lamar Alexander had been in the spotlight after expressing support for holding a vote on whether to call witnesses. But late Thursday, the swing vote senator from Tennessee said he’s heard enough.“There is no need for more evidence to prove something that has already been proven and that does not meet the United States Constitution’s high bar for an impeachable offense,” Alexander announced in a statement.Two other Republicans — Sen. Mitt Romney of Utah and Sen. Susan Collins of Maine — both broke with the party late Thursday, issues statements in support of hearing new testimony. But without a third and fourth Republican crossing party lines, their votes likely won’t make a difference.Chief Justice John Roberts remains the wild card. As the presiding officer, essentially assuming the ceremonial role of the Vice President, he could — in theory — break a tie vote. But that’s never happened before.Senators raised the issue of adding witness testimony to the trial several times in their questions for the House managers and the White House defense counsel.At one point late Thursday, Senator Murkowski, another Republican who might flip sides, essentially asked Trump’s lawyers point-blank: Why not call John Bolton to testify?”I think the primary consideration here is to understand that the House could have pursued Ambassador Bolton,” White House Deputy Counsel Patrick Philbin responded, noting that the House chose not to subpoena Bolton.He said admitting Bolton would set a lower standard of what the House is required to do in pursuing impeachment, sending a message that, “you don’t have to do all of that work before you get to this institution.””That’s not the way that this chamber should allow impeachments to be presented to it,” Philbin said.Copyright © 2020, ABC Audio. All rights reserved.