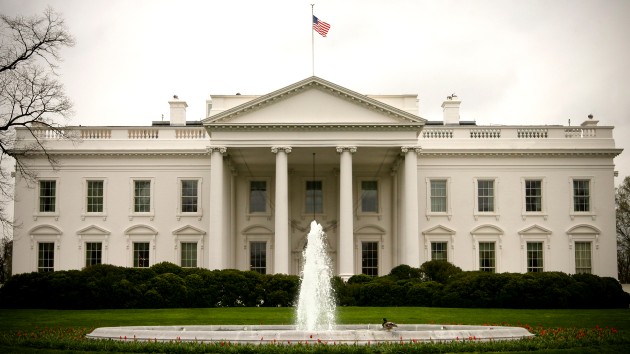 TriggerPhoto/iStock(WASHINGTON) — January is human trafficking awareness month and President Donald Trump’s daughter Ivanka organized a White House summit on the subject for Friday — but prominent anti-trafficking organizations say they won’t be there.Groups such as the Polaris Project, a nonprofit that runs the national human-trafficking hotline, cited opposition to Trump administration policies as the reason.”At this highly politicized moment in our nation, we were concerned that our attendance at this summit would be misconstrued as taking a political side, and so we chose not to attend.” Polaris said in a statement to ABC News.”Polaris remains committed to working with all parties on all issues related to human trafficking,” the statement said. “Including helping everyone in a position to make change understand how certain immigration and refugee policies and rhetoric contribute to sex and labor trafficking and make it less likely that victims and survivors feel safe seeking help.”The White House summit will focus on human trafficking issues and identify ways to combat them, according to the Washington Post — who first reported the news of the boycott on Wednesday.Freedom Network USA — the country’s largest anti-human trafficking coalition — retweeted the Post’s story, adding that they’re eager to hear what initiatives will be announced, but their director will not attend.”While we’re eager to hear what initiatives and funding will be announced, our executive director, Jean Bruggeman, will not be in attendance at this week’s summit on human trafficking at the White House,” the coalition said in their tweet.The White House said there will still be representatives from Freedom Network in attendance.Ivanka Trump has been working with the White House on this initiative to try to end human trafficking, and previously called the issue a “modern day slavery.”While the Trump administration previously raised concerns about human trafficking, the organizations said a large portion of trafficking victims in the United States are immigrants. The groups boycotting the event said they think the administration endangers them even further.President Trump, Vice President Mike Pence, Attorney General William Barr and Ivanka are scheduled to attend the summit to support the 20th anniversary of the Trafficking Victims Protection Act, legislation signed in 2000 by former President Bill Clinton and later adopted by former President Barack Obama and Trump.”We are pleased to be among those honoring the 20th anniversary of the Trafficking Victims Protection Act (TVPA), bipartisan legislation that serves as the foundation of today’s fight to eradicate the sexual exploitation of youth,” Linda Smith, Shared Hope’s founder and president, told ABC News in a statement.Smith added, “Domestic minor sex trafficking is a national epidemic that has no party affiliation … In fact, it’s a cause that has benefited greatly from bipartisan support for the last two decades.”Smith said they opened the Shared Hope Institute for Justice and Advocacy a few blocks from the White House, “for this very reason.”Looking forward, the Department of Justice will have a $77 million budget to support victims of human trafficking, according to fiscal 2020 budget numbers.Trump said combating human trafficking is one of his top priorities.“My administration is committed to leveraging every resource we have to confront this threat, to support the victims and survivors, and to hold traffickers accountable for their heinous crimes,” the president said during an October 2019 White House briefing on human trafficking.Not all anti-human trafficking groups are boycotting the event, though.As the Post reported, Shared Hope International, the National Center for Missing and Exploited Children and the House of Cherith will still attend.”We appreciate having a seat at the table for this important discussion,” John F. Clark, president and CEO of the National Center for Missing and Exploited Children, said in a statement to ABC News. “The issue of child sex trafficking is a crucial concern for NCMEC.”Clark added, “We believe it’s essential to engage with all our partners in the federal government, Congress and the judiciary, as well as our law enforcement and non-profit partners to work together to prevent children from being sold for sex and help recover and provide services for victims.”At least eight organizations have declined invitations to the summit after they said they were publicly deceived.According to the White House, the summit will welcome over 200 attendees, including the former CEO of Polaris. Copyright © 2020, ABC Audio. All rights reserved.