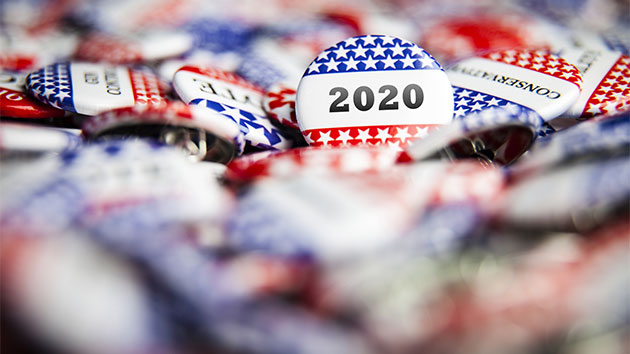 adamkaz/iStock(WASHINGTON) — The release of a highly anticipated poll from CNN and the Des Moines Register on the Democratic primary race in Iowa, which hosts the premier contest of the election season, was abruptly canceled at the last minute over concerns from one of the survey’s respondents.The poll, the last in Iowa before Monday’s caucuses, was slated to be broadcast live on CNN Saturday night, but at the top of the 9 o’clock hour, CNN Political Director David Chalian announced: “It was brought to CNN’s attention earlier this evening someone questioned for the survey raised an issue the way their interview was conducted. That means the results of the poll would have been compromised.””We weren’t able to determine exactly what happened during this person’s interview, and we don’t know if it was an isolated incident,” he added. “So out of an abundance of caution, CNN and Des Moines Register and the company who conducts the poll decided not to release tonight’s poll.”The chyrons and banners publicizing the release of the poll were taken down only minutes before the expected airtime. The Des Moines Register, too, announced that the poll’s release was being shelved, writing in a statement on its website, “The Des Moines Register, CNN and Selzer & Co. have made the decision to not release the final installment of the CNN/Des Moines Register/Mediacom poll as planned this evening.””While this appears to be isolated to one surveyor, we cannot confirm that with certainty. Therefore, the partners made the difficult decision to not to move forward with releasing the Iowa Poll,” the statement reads.But the decision to abandon the poll’s release, according to The New York Times, was prompted by a respondent raising concerns over their interview, after former South Bend, Indiana, Mayor Pete Buttigieg’s name wasn’t included “in at least one of their telephone calls for its poll this week,” a senior Buttigieg campaign official told the Times.While this latest poll won’t be released just two days before Iowa’s caucuses, the marquee contest that kicks off the 2020 race, a different front-runner in the top tier has led this Iowa poll at different points throughout the cycle. Former Vice President Joe Biden was the front-runner in June, Massachusetts Sen. Elizabeth Warren topped the field in September, Buttigieg held a significant lead in November and Vermont Sen. Bernie Sanders edged out his rivals in January.At this point, it’s unclear if any portions of the poll’s results will be released.Prior to the sudden announcement, the poll was billed as the “gold standard” for the caucuses, which are notably difficult to survey, particularly in a year with such an unsettled and competitive primary contest that lacks a clear front-runner.The last CNN/Des Moines Register poll, released less than a month ago, showed Sanders with a 3-point lead, within the margin of error, over top-tier rivals clustered closely behind him.In that poll, about half of likely Democratic caucusgoers, 45%, said they still hadn’t made up their minds.