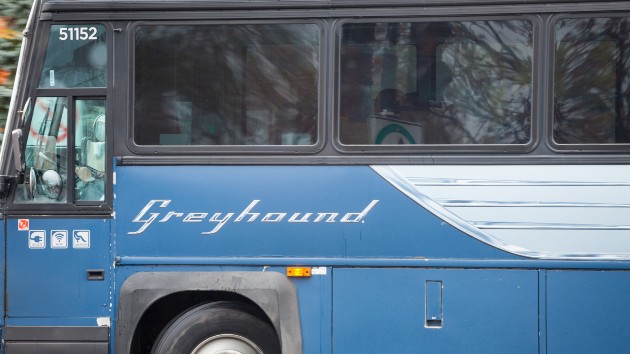 BalkansCat/iStock(LOS ANGELES) — “Heroic passengers” helped stop a gunman after one person was killed and five others were hurt in a shooting on a Greyhound bus in Southern California early Monday morning, officials said.The five injured — all adults — have been transported to hospitals, and two of them are in critical condition, according to California Highway Patrol spokesman Brian Pennings.The slain victim was identified as a 51-year-old woman, he said.The shooting occurred at about 1:27 a.m. local time when the bus was traveling on Interstate 5 near Lebec, about 80 miles north of Los Angeles.Forty-two passengers were on the bus, which was en route from Los Angeles to the San Francisco area, Pennings said. Two children — ages 6 and 8 — were on board, but they were not hurt, officials said.After the shooting, the driver immediately pulled over to the shoulder and the male suspect was persuaded to get off the bus, Pennings said. When the suspect got off he left his handgun behind, Pennings said.The driver then took the first exit and pulled into a gas station to get medical help for the passengers, Pennings said.Some “heroic actions” were “taken by the passengers” that led to the suspect being disarmed and taken off the bus, Pennings said, though he added that “exactly what those actions were” are not yet clear. The passengers were also instrumental in administering first aid to the injured, he said.The suspect was taken into custody without further incident, officials said. Several other magazines were located with the handgun, officials said.A motive is not known, Pennings said, adding that there was no evidence to indicate any of the victims had a connection to the suspect.Pennings called the shooting on a Greyhound “extremely rare.””In my career I’m not aware of this ever happening,” he said.A spokesperson for Greyhound said in a statement Monday, “Our thoughts and prayers go out to everyone and every family member impacted.””We are gathering details and will assist the Kern County police in every way possible during their investigation,” the spokesperson said. Copyright © 2020, ABC Audio. All rights reserved.

Virginia principal was not informed 6-year-old had a gun before shooting, lawyer says