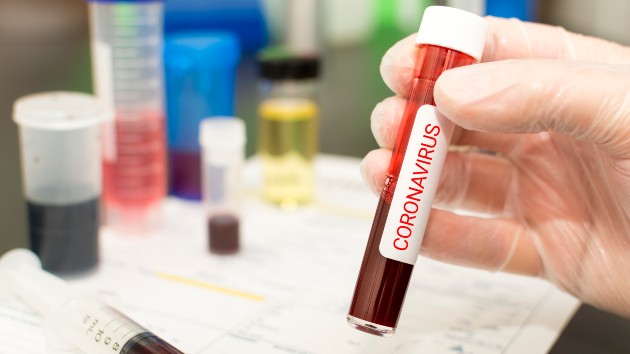 mrtom-uk/iStock(NEW YORK) — The coronavirus outbreak has now infected nearly 17,500 people globally and has killed at least 362 of them, almost all in China.The vast majority of cases of the novel coronavirus have been reported in mainland China, with the epicenter still in Wuhan, a city of 11 million and the capital of central Hubei province, where the first cases were detected back in December. A total of 17,205 people have been infected with the disease and 361 have since died, according to the National Health Commission of the People’s Republic of China.In the first case of death outside China, a man in the Philippines died after contracting the coronavirus from his friend while they were traveling together in Wuhan, China, according to the Philippines Department of Health.Hong Kong leader Carrie Lam on Monday announced additional border closures, severing all but three links between the semi-autonomous Chinese city and mainland China. The Hong Kong International Airport, the Shenzhen Bay border and the Hong Kong-Zhuhai-Macau bridge remain open.The move came as thousands of public hospital workers went on strike Monday morning, demanding the Hong Kong government shutter all borders with mainland China as the country struggles to contain the deadly outbreak. At least 15 people in the city have been infected with the novel coronavirus, according to the Hong Kong Department of Health.Beyond China, at least 169 cases have been confirmed in 25 countries.In the United States, 11 people have contracted the disease, including two cases of human-to-human transmission. It’s still unclear how the new coronavirus is transmitted.The U.S. Secretary of Health and Human Services Alex Azar has declared a public health emergency and a temporary travel ban. Over the weekend, the U.S. Department of Homeland Security announced that flights entering the country from China will be rerouted — at no additional cost to the passenger — to seven airports designated for screenings.The new coronovirus causes symptoms similar to pneumonia that can range from mild, such as a slight cough, to more severe, including fever and difficulty breathing, according to the U.S. Centers for Disease Control and Prevention. Copyright © 2020, ABC Audio. All rights reserved.