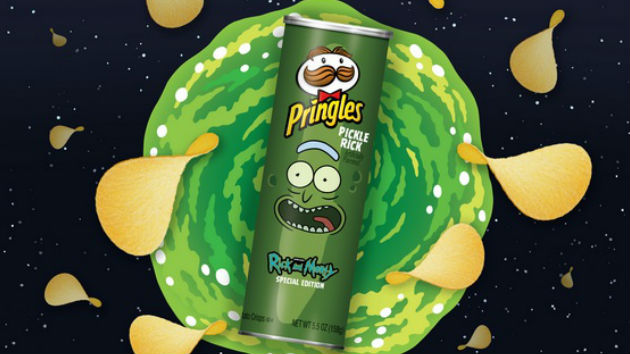 (MIAMI) — Despite advertisers spoiling their ultra expensive Super Bowl commercials themselves by uploading them days in advance on YouTube, there were still a handful of surprises and a myriad of celebrity cameos during the big game’s advertisements.  However, which commercial was the most memorable?

Here’s a look at some of the most talked about ads that debuted during Sunday’s Super Bowl.

MoviesMarvel gave us an action-packed new look of the upcoming Black Widow movie.  The 30 second spot features Scarlett Johansson reprising her role as Natasha/Black Widow, Florence Pugh as Yelena, Stranger Things’ David Harbour as Alexei/The Red Guardian, and Rachel Weisz portraying Melina.  The movie explores Natasha’s past and the broken relationships she left behind before becoming an Avenger, telling the audience, as said by Black Widow herself, “You don’t know everything about me.”  Black Widow debuts May 1.

Disney, who owns Marvel, also released the final trailer of the live action remake of Mulan.  Yifei Liu plays the titular character, who disguises herself as a man to fight in her father’s place in an upcoming war.  The commercial provides a closer look at the stunt work the audience can expect in the upcoming flick, which is reminiscent of classic Kung Fu movies.  Mulan comes to theaters March 27.

Disney also touted its new Marvel-series arriving to its streaming service Disney+ in its 30 second ad that declares “the universe is expanding.”  The new series arriving soon on Disney+ are The Falcon and the Winter Soldier, Wandavision, and Loki.

Another action-packed movie due later this year is Tom Cruise reprising his role of Pete “Maverick” Mitchell for Top Gun: Maverick, the long-awaited sequel of the 80s cult classic Top Gun.  The trailer opens with Miles Teller, who plays Bradley “Rooster” Bradshaw — the son of Maverick’s former wingman, Goose who died in the first movie.  As Maverick undergoes a series of risky maneuvers in flight to prove he isn’t too old to hit the skies, Rooster is heard saying “My Dad believed in you.  I’m not going to make the same mistake.”  Top Gun: Maverick arrives June 26.

In his final Bond movie, Daniel Craig is seen as the titular agent meeting his match, Rami Malek as the villain in No Time to Die.  “This April, the 25th film will change everything,” the trailer teases while also hinting the role Lashana Lynch will play in the upcoming movie.  Despite Bond retiring in the last film, it appears his past refuses to let him go.  No Time to Die arrives April 8 in theaters.

The audience also enjoyed another snippet of the highly anticipated F9: The Fast Saga and learned that there will be justcie for Han, who is played by Sung Kang.  Although the snippet doesn’t reveal much, fans of the franchise are probably ecstatic that a fan favorite is returning.

In a lighter vein, Illumination revealed the Minions sequel, Minions: The Rise of Gru.  While the full trailer won’t drop until Wednesday, the sneak peek revealed just enough — a swath of new villains and the iconic yellow minions leading an adorable young Gru on chaotic new adventures.  The movie is due out this summer.

HumorEmmy winner Bryan Cranston breaks bad — and doors — by impersonating Jack Nicholson in The Shining, in an ad for Diet Mountain Dew.  Tracee Ellis Ross, as the role of Wendy Torrance, barricades herself in a bathroom as Cranston chops down the door to offer her the refreshing soft drink.   The commercial ends with Cranston dressed up like the creepy twins from The Shining and taking a swig.

Boston natives Chris Evans and John Krasinski along with SNL vet Rachel Dratch (from Lexington, MA) poked fun at their hometown stereotypes and accent in a new Hyndai Sonata ad – rife with “wicked smaht” and “pahk the cah” references. Also featured was Boston Red Sox champ David “Big Papi” Ortiz.  The commercial touted the Sonata’s new ‘smart park’ feature, which allows the car to park and unpark itself all on its own — essentially making it a “ghost cah,” as pointed out by Dratch.

Molly Ringwald poked fun at shopping networks in the Avocados from Mexico commercial, which had her hawk various (and useless) products made just for avocados, made exclusively from the Avocados From Mexico Shopping Network, from fashionable helmets to an adjustable and unisex avocado carrier. All the items are exorbitantly priced, such as a $735 Avocado Yurt, that deters bears.  The 80’s icon is unknowingly part of the sale, when the host, Maria, promises “shop now and we’ll throw in Molly!”

What is Jason Momoa without his hair and bod?  You find out in the new Rocket Mortgage commercial, where Momoa drives past a flock of paparazzi and enters his “sanctuary,” which is his home and “the one place I can let my guard down.”  There, the Aquaman star strips it down, but not in the way some fans would like.  Momoa tears off his arms, revealing much smaller and skinnier ones underneath.  He also does that to his upper body and, shockingly, his hair — revealing that he’s actually a balding skinny dude who can’t even lift a weight bar sans weights.

Ellen DeGeneres and wife Porta de Rossi mull over what people did before Alexa and present a series of wacky scenarios where people from the Middle Ages to the Industrial Revolution had to ask people with names similar to Alexa to manually lower the temperature, tell a joke, or read them the day’s headlines (where the commercial quips “it doesn’t matter, it’s all fake!”)  That’s not the most political part of the Amazon Alexa ad, it ends with then-President Richard Nixon asking his assistant, Alisha, to delete his tapes.

Cheetos showed the world a new way to wiggle out of responsibilities in their Super Bowl commercial, which features MC Hammer.  A man chows down on some new Cheetos popcorn, but shrugs off responsibilities that require his hands — such as holding a baby or helping a friend move — because his fingers are covered in Cheetos dust.  Hilariously, he also refuses to catch his boss during a trust fall because, you guessed it, he has Cheetos fingers.

Pringles makes themselves the bad guy in their Super Bowl commercial by enlisting Adult Swim’s hit cartoon Rick and Morty.  The commercial has Rick realizing he and his granddaughter Summer are trapped in a Pringles commercial after being taken in their sleep once Morty is revealed to be a Pringles-loving robot.  Ricky also says there’s no escape as he and Summer are swarmed by Morty-bots who keep repeating “Make endless new flavors. Stack Pringles.”

Celebrity-drivenMissy Elliott and H.E.R. teamed up for a new Pepsi Zero Sugar commercial, which had the two update The Rolling Stones’ 1966 classic “Paint It Black” for modern times to show off Pepsi’s new beverage. The ad began with H.E.R., joined by hundreds of people dressed in red, as she recited the opening lyric, “I see a red door and I want to paint it black.” She then crashes through a red door, where she finds  Missy and her crew of dancers clad in black.

Squarespace and Winona Ryder’s odd commercial is certainly buzz-worthy because it’s so odd.  It features the Stranger Things star lying in the snow on the side of the road in the town of Winona, Minnesota before a police officer — with a noticeable accent — checks on her well being.  Ryder explains she’s building a website about the town and offers to show off the pictures.  The police officer, although confused, leaves her alone as she goes back to lying in the snow.

John Legend and Chrissy Teigen were featured in another Hyundai ad, this time promoting the Genesis.  The couple attend a wealthy party, rife with “old luxury” — aka people who had plastic surgery despite claiming they haven’t to people who thinks their loud suit is a personality.  Teigen introduces “new luxury,” which is Legend, who is late, driving up in the Genesis.  He refuses to let his wife in the car until she utters “sexiest man alive.”

Doritos unveiled a star-studded commercial promoting their Cool Ranch Doritoes, with Lil Nas X challenging Sam Elliot to a dance battle, which he wins after enlisting his horse to do some fancy footwork.  When Elliot looks back at his steed for help, the horse defiantly shakes its head “no,” thus rendering the “Old Town Road” artist the winner.  The song serves as the music to the commercial, which also features Billy Ray Cyrus declaring “I ain’t dancing” as he strums his guitar.

Pop-Tarts tapped Queer Eye’s Jonathan Van Ness to promote their new product, Pop-Tarts Pretzel — which have a delicious pretzel-like exterior and filled with cinnamon and sugar on the inside.  The commercial also pokes fun at celebrity cameos, by introducing a literal “celebrity cameo,” a player in a blue football jersey who is too tall to be in the same shot as Van Ness — so their head is cropped out.

Post Malone teamed up with Bud Light to introduce Bud Light Seltzer.  The audience is taken through what goes on in the rapper’s brain as he makes one of life’s most important decision: does he want a beer or a hard seltzer.  His brain erupts into chaos, which causes him to lose control of his body, until an idea points out that he’s rich and can afford both — which is what he does.

Audi not only tapped Game of Thrones’ Maisie Williams for their commercial, but also got Disney to let them use “Let It Go” from Frozen.  The advertisement features Williams weaving around traffic as she belts out the Oscar winning Disney song, but she is joined by the people around her, from car washers to snooty CEOs riding in the back of limousines.

Tear-jerkersGoogle turned on the waterworks with a sweet commercial about a widower remembering his late wife, Loretta.  The commercial opens with a search of said widower asking “how to not forget” and starts instructing Google to remember the little details he can recall about his late wife, along with showing him photos of the two.  The commercial ends with Google listing off what it was told to remember – with the widower declaring he was, and still is, “the luckiest man in this world.”

InspirationalMicrosoft uses the story of Katie Sowers, whose life long dream was to be on a real football team and later became the first female coach in the NFL, to promote their products.  The commercial aims to inspire girls to expand their goals, even into territories that are considered masculine.

EpicBill Murray reprises his role as Phil Connors from Groundhog Day, this time for a Jeep commercial where the tired Phil is forced to relive Groundhog Day on an endless loop.  But, after he stumbles across an orange Jeep Gladiator, he steals the groundhog to go on various adventures, waking up each morning with excitement as to what his next adventure will bring.  The commercial also featured Stephen Tobolowsky reprising his role as Ned Ryerson.

Jimmy Fallon and John Cena team up for the hilarious Michelob ULTRA commercial, which has Cena trying to whip Fallon into shape.  Unfortunately, fitness is not Fallon’s forte, so a majority of their excursions result in epic fails, from flinging a weight through a window to beating volleyball pros Kerri Walsh Jennings and Brooke Sweat in a round of beach volleyball by cheating on trampolines.  Also featured was Usain Bolt and golfer Brooks Koepka.  However, Fallon succeeds in scoring a touchdown, to which Cena exclaims “I’m so proud I could squat you.”

In Brief: Peeks at ‘Hocus Pocus 2’, ‘Disenchanted’ and more debut at D23