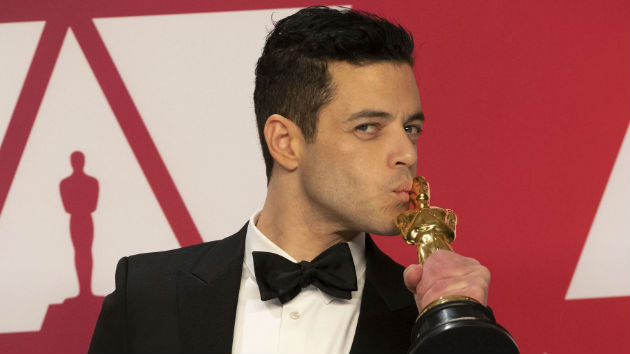 ABC/Rick Rowell(NEW YORK) — Last-minute beauty regimens are underway, famous people are starving to look their very best, and acceptance speeches are being written: that is to say, the 92nd Academy Awards are just six days away.

With that in mind, the financial site WalletHub has compiled some stats for the 2020 Oscars, from what it costs to pull off the event to how much one of those coveted golden guys cost.  The highlights:$44 Million — Total cost of Oscars ceremony.$10M — Total cost of the red carpet look for an A-list actress attending the Oscars.  Drops to $1.5 million on average and $266,000 for a first-time attendee.$2.6M+ — Cost of a 30-second commercial during the Oscars telecast, which is 54% less than Super Bowl ad rates.   $24.7K — Cost of the 16,500-square-foot Oscars red carpet.$18.1 million — Most expensive-ever Oscars ensemble, worn by Oscar winner Cate Blanchett in 2014.$100 million — What Hollywood studios shell out to lobby their films for the Academy Awards.$130 million — Economic boost the Oscars give to Los Angeles.$15 million — Average boost to the box office returns for the Best Picture winner.$148,000 — Full retail cost of everything in the Oscar presenters’ goodie bags.$30,000 — Most expensive item in the 2019 bag, which was a series of non-surgical rejuvenation treatments.$400 — Current value of the 24-karat gold-plated Oscar statuette.20% — Average salary boost for a best actor/actress winner.900 hours — Time needed for 18 crew members to install the red carpet.