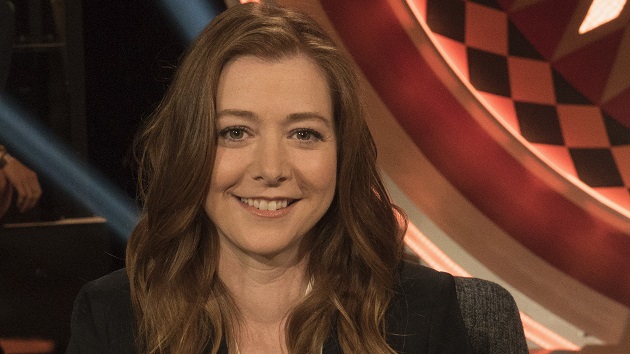 ABC/Richard Cartwright(LOS ANGELES) — If you can’t imagine a Buffy the Vampire Slayer without Willow, you’d be surprised to hear that Alyson Hannigan once did.  That’s because she thought she completely bombed her audition.

Hannigan, 45, in an exclusive interview with People, explained how one simple screen test with Sarah Michelle Gellar and Nicholas Brendon nearly screwed everything up.  “I walked into a door and forgot all my lines,” she hilariously revealed with a grimace.

What made it all the more embarrassing was that this was Hannigan’s eighth callback — so she did have everything down cold.

“We did a chemistry read with me, Sarah and Nick. And Joss [Whedon] was like ‘I want new lines.  I want to hear something new.’  So he wrote a scene just for this audition,” She recounts before going into the complicated lines he sent her the day before her epic fail.

“My character’s very computer savvy so it was all this computer jargon,” The How I Met Your Mother star continued with wide eyes.  “And it didn’t make any sense to me!”

The lingo tripped the actress up, causing her to slur her words to the point she wasn’t “speaking English” anymore.

Despite royally screwing up the read, Whedon saw something she didn’t and offered her the role of Willow Rosenberg “because the chemistry was there.”

It turns out the news surprised everyone at the chemistry read because, as Hannigan comically added, “Poor Sarah, she was like ‘Ugh, this poor girl.!"”  She even recreated the pained look Gellar shot her during the read before dissolving into laughter.

Buffy the Vampire Slayer ran for seven seasons between 1997 and 2003.  The show went on to win two Emmys and three Teen Choice Awards, one which Hannigan won in 2002 for Choice TV: Sidekick.