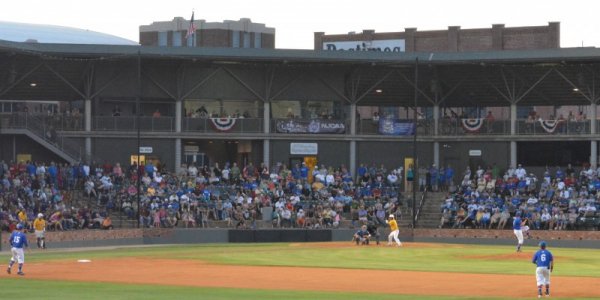 (Enid, OK) At tonight’s Enid Mayor and City Commissioners meeting, one of the items on the agenda is approving an agreement with David Allen Memorial Ballpark and Enid Public Schools that would ensure upkeep and operation of the stadium.

While there has always been an agreement between the school system and the ballpark, there is no official deal in place that would guarantee Enid Public Schools has full access. The school system has even put funds in to the park for upkeep and general investments.

Commissioners will also be looking at a shooting simulation facility which would replace the current skate park. Relocation of the skate park would be considered if a new building is approved.

Two laws will be up for debate, the first pertaining to businesses that serve alcohol. Businesses would be required to close no later than 2 am, and not be allowed to open until 6 am.

The second would require drivers to have their vehicle registration information on their person when operating a motor vehicle. Registration certificates preferred, others are accepted depending on the traffic stop.