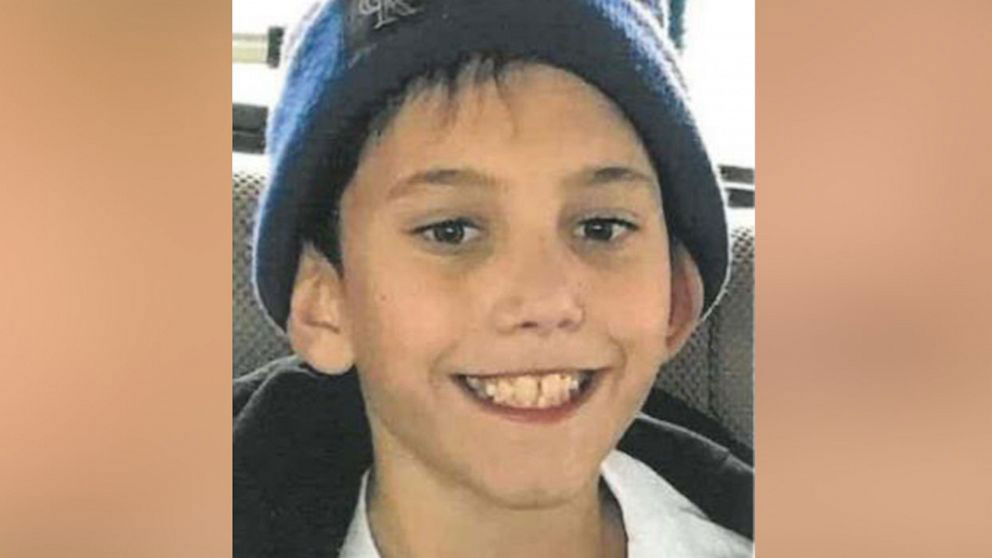 El Paso County Sheriff’s Office(EL PASO, Colo.) — A neighbor of a missing 11-year-old Colorado boy says home security footage shows the child’s stepmother leaving the house with him the day he went missing and returning hours later without him.Gannon Stauch’s stepmother, Leticia Stauch, reported him missing on Jan. 27, telling investigators he was last seen at home between 3:15 p.m. and 4:15 p.m., according to the El Paso County Sheriff’s Department. Gannon was initially reported to be a runaway, according to investigators. Last Thursday, the disappearance was upgraded to a missing and endangered child case.Neighbor Roderrick Drayton told ABC News that after the search for Gannon intensified late last week, he decided to search through the footage his system recorded from the day Stauch was reported missing.Drayton said the video shows the stepmother getting into a red pickup truck parked in the driveway of their Colorado Springs home. The footage also appears to show Gannon walking slowly as he approaches and gets into the truck, Drayton said.”I caught Gannon getting into her vehicle at 10:13 Monday morning,” Drayton said. He said the video shows the truck returning to the house at 2:19 p.m. but Gannon is nowhere to be seen.”I just kept searching and I saw where she came back. And he didn’t get out of the vehicle. So she came back by herself about four hours later,” Drayton said.A spokeswoman for the El Paso County Sheriff’s Department said investigators have a copy of the video and do not dispute Drayton’s description of what the footage purportedly shows. The video, they caution, is only one part of the investigation.”This is just one piece in a very, very, very large puzzle,” spokeswoman Jackie Kirby told ABC News Tuesday morning.Drayton says he showed the security footage for Gannon’s father on Sunday.”He just broke down crying and said, ‘she lied. She lied about the time. He didn’t go to a friend’s house,"” Drayton said.Multiple attempts to reach Leticia Stauch have been unsuccessful.In an interview with KKTV-TV, the CBS affiliate in Colorado Springs, Leticia Stauch denied having anything to do with Gannon’s disappearance.”I would never, ever, ever hurt this child,” Stauch told KKTV.”We are going to find Gannon and that’s the main goal that we all have. I’m just ready for Gannon to come home,” she said.Crime scene investigators were seen Monday carrying items out of the house where Gannon lived with Stauch and his biological father. Searchers on horseback were seen canvassing a new area west of Colorado Springs.The El Paso County Sheriff’s Department, which is leading the investigation along with help from the FBI and the National Center for Missing and Endangered Children, has not named any suspects or persons of interest in Gannon’s disappearance.