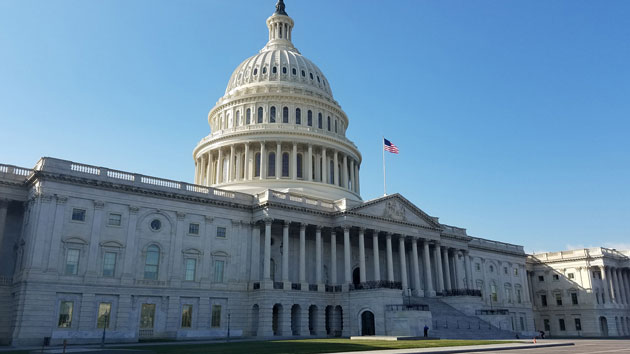 Daniela Mangiuca(WASHINGTON) — President Trump addresses a joint session of the United States Congress in the House chamber Tuesday evening. This will be his third State of the Union address, the last before Election Day. The president, along with members of Congress, has invited notable guests to sit in the chamber as President Trump delivers his address to a Joint Session of Congress.One of those guests, Kings Floyd, a 25-year-old disability rights advocate who has benefited from the Affordable Care Act’s (ACA) pre-existing condition protections. She is a guest of Congresswoman Chellie Pingree of Maine.Floyd spoke to ABC News about why the ACA is important to her. “It allows me to not only be on my parents insurance until 26-years-old, which I’m quickly approaching,” Floyd said. “But [then also] it allows me to be able to afford my most basic medical care needs, and live an independent life which wouldn’t be possible without the ACA and provisions under that.”Susan Orfanos, whose son was the victim of the Thousand Oaks Borderline Bar and Grill shooting, will also be in attendance in the chamber. Her 27-year-old son, Telemachus Orfanos, was a Navy Veteran and survived the deadliest gun massacre in American history in Las Vegas in 2017, before being killed in the Borderline shooting in California a year later. “It’s time to pass meaningful legislation to save Americans, to save our children,” Orfanos said.President Trump has been putting the finishing touches on his SOTU speech as the White House Deputy Press Secretary Hogan Gidley told reports at the White House saying, “he’s ready to deliver it. He has certain methods he does to prepare. It’s a big speech because he’s done a lot.”This would not be the first time a president is in the middle of an impeachment trial while delivering the State of the Union – President Bill Clinton faced a similar situation in 1999. The State of the Union begins Tuesday night at 9pm.Copyright © 2020, ABC Audio. All rights reserved.

Was crime as bad as it was portrayed ahead of the midterm elections?